Though there was only one hero in the base Jump Force from My Hero Academia, the list is growing. All Might appeared alongside Seto Kaiba in the first round of DLC. Now, Katsuki Bakugo has been officially announced in a reveal trailer. According to the Jump Force roadmap released in March, there will be three new characters coming in August. In addition to the Jump Force Katsuki Bakugo DLC on its way, expect two more characters, one of which we already know. 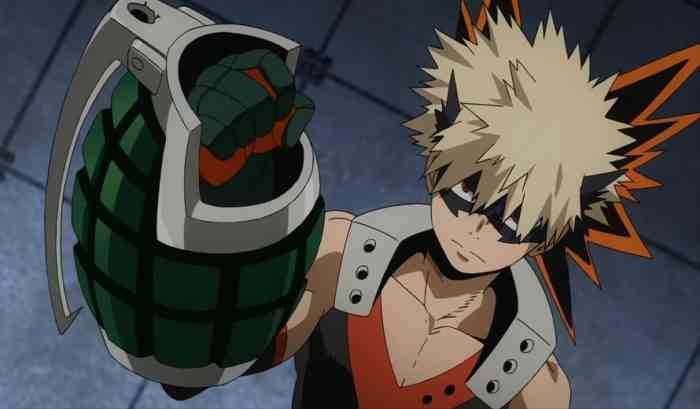 The Bakugo trailer is only like 20 seconds long, but it does show off his very explode-y combat. He appears in his hero costume, sporting his Grenadier Gauntlets, which make for very impactful punches and blasts. He also is seen using these gauntlets to launch himself into the air. There’s not a whole lot else that is shown in such a short trailer.

Thanks to a datamining venture in February, the list of possible characters we can expect to show up is short. We already know that Majin Buu will be joining Bakugo, but who will the third be? Seto Kaiba, Biscuit Krueger, and All Might have already been released. That leaves Madara Uchiha from Naruto, Toshiro Hitsugaya and Grimmjow Jaegerjaquez from Bleach, and Trafalgar D. Water Law from One Piece. We can only wait and see. Jump Force’s next character DLC pack is expected to come out in August.

Who do you think the third character will be? Let us know in the comments below.