Although Luigi’s Mansion 3 received a new trailer and a demo at E3 2019, neither Nintendo nor Next Level Games dished on the details at the time. Now, an E3 interview with Wcctech has surfaced where Nintendo of Canada’s Andrew Collins talks a bit more about what fans can expect from the game.

The first Luigi’s Mansion released almost two decades ago, for the Nintendo GameCube, and though it was considered a fun single player title, it was a fairly short experience. The sequel, Luigi’s Mansion Dark Moon dropped in 2013, and though it may not have had the same level of single player gameplay, it introduced a multiplayer game mode. With this third upcoming title it seems the developers are looking to find the perfect balance of what made each game fun complete with some much needed improvements.

Andrew Collins confirmed that Luigi’s Mansion 3 will have a meatier single player mode saying, “There’s a lot of things to do. There’s the storyline to play through, but there’s also a lot of exploring and hunting for things. So, a lot of work has gone into the game to create a robust, deep experience. And the hotel is really big. Each floor looks very different.”

He also confirmed that the multiplayer co-op mode from Dark Moon is coming back. “Yes. It’s called the ScareScraper mode, where up to four Nintendo Switches can connect, and you can detach each Joy-Con, so you’ve got eight separate controllers. Then you can have four players playing as Luigi and four as Gooigi. We haven’t gone into a lot of detail about ScareScraper mode yet. Basically, it’s a tower mode, with different objectives to be selected on each floor. Expect more information when we get closer to launch.” 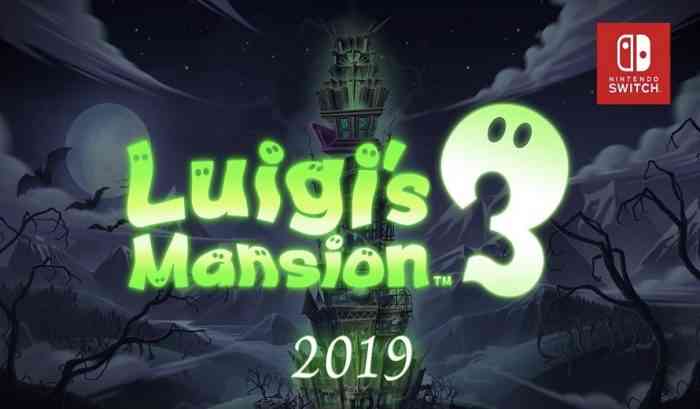 And of course the introduction of Luigi’s alter-ego, Gooigi is set to make Luigi’s Mansion 3 much different than the previous titles. As it stands right now, the third game in the series has the potential to be the best one so far. With that said, there is no word on a release date other than it’s set to be released sometime in 2019.

Are you excited to play Luigi’s Mansion 3? Are you looking forward to some of these improvements to both single player and multiplayer game modes? Let us know your thoughts in the comments below and don’t forget to keep it locked for updates!

Legend of Zelda: Ocarina of Time Now in World Video Game Hall of Fame
Next
Marvel’s Spider-Man Gets Two Free Far From Home Suits
Previous
A New Accessory for the Rumored Switch Mini Has Just Been Leaked