Up until recently, the remake of Link’s Awakening had only a standard edition, besides a limited edition through Amazon UK. Just a couple of days ago, Nintendo changed that with The Legend of Zelda: Link’s Awakening: Dreamer Edition. While it does not contain anything super outstanding like a statue or replica sword, it is enough to pique the interest of some Zelda fans. Nintendo announced this Dreamer Edition via Twitter, but honestly, it is kind of underwhelming. The image depicts just the base game and an art book that looks like your grandparents’ photo album. Like a physical one, not on their phone. 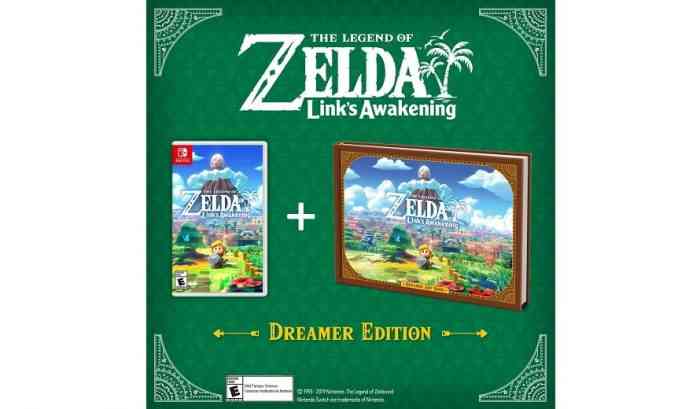 In the tweet, the Dreamer Edition “includes a Dreamer art book featuring the characters and locations of the reimagined game!” So, it’s concept art. None of the images it contains are shown, so other than from the description, we do not know exactly what the concept art will look like. The dimensions and page count of the Dreamer Art Book are a mystery as well. The Dreamer Edition is priced at $69.99 USD, while the base game is $59.99. With a $10 difference, it might be worth spending the extra cash if you are into the collectible novelty. It’s not like Nintendo is asking an outrageous amount for it.

Can’t get enough of the new look of Koholint Island? The Legend of #Zelda: Link’s Awakening: Dreamer Edition includes a Dreamer art book featuring the characters and locations of the reimagined game!https://t.co/fKdwft3P1k pic.twitter.com/UzbnUjStjO

Don’t hold your breath for any other collector or special edition for this game. With about two and a half months from the game’s release, it is unlikely that any other deal will arise from Nintendo. The Legend of Zelda: Link’s Awakening is coming out on September 20th on Nintendo Switch.

Do you think the Dreamer Edition will be worth the extra $10? Let us know in the comments below.

Pokemon Sword Isle Of Armor Review – Bigger On The Inside
Next
Obsidian Want To Leave Politics Out Of Outer Worlds
Previous
Rumor Time: There May Be Final Fantasy VIII Remastered Voice Acting