Assassin’s Creed Odyssey’s third and final Atlantis DLC episode is coming out tomorrow and Ubisoft dropped a preview video on Monday that showcased the DLC’s features. Check it out below!

According to the video, players will work with the Greek sea god Poseidon to judge Atlantis’ citizens and will try to solve the city’s many problems. The second major goal involves making your Alexios/Kassandra even more powerful by

“Your second goal is to finally unlock the full potential of the powerful Staff of Hermes Trismegistus – along with Alexios or Kassandra’s Isu DNA – by scanning data caches, message tablets, and other artifacts,” Ubisoft said in a news post. “This wisdom literally opens new doors, as each knowledge tier you attain lets you pass through certain gated barriers, which in turn lets you access more insights and more powerful loot.” 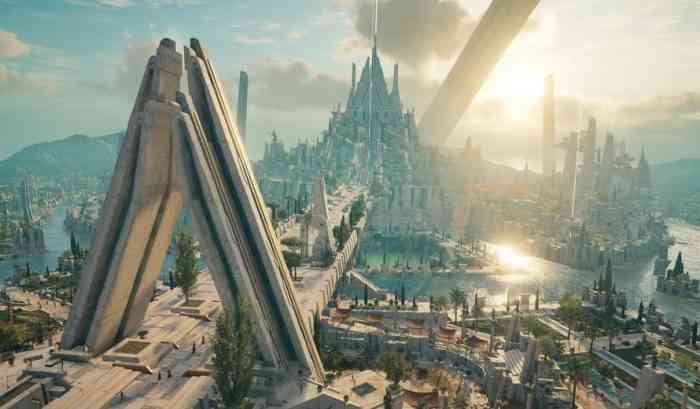 Ubisoft says that players who want to play this upcoming DLC will need an Alexios/Kassandra who is at least level 28 and they’ll also have to complete the previous two DLC episodes in the Fate of Atlantis storyline. Additionally, there’s a shortcut that can boost your player character level to 52 but this character can’t be carried over “to your main game save, or earn achievements.”

What do you think of this DLC so far? Let us know your thoughts in the comments section below.