Sparklite Comes Out in October

As for the game’s release date, it’s expected to launch this October. 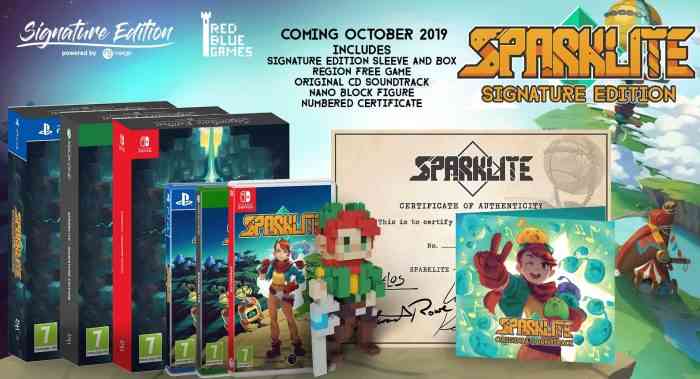 Sparklite is a roguelike that puts players in the role of a mechanic named Ada. Ada is trying to stop an evil baron as he destroys the land of Geodia in order to obtain its Sparklite core.She’ll journey through five procedurally-generated worlds, craft gadgets, and can help Geodia’s people to build a refuge from the baron’s destructive actions. The game also has an “assistive co-op mode”.

What do you think of this news? Are you thinking of pre-ordering this collector’s edition? What’s your opinion of the game so far? Does this 2D roguelike seem like a game that you’d be interested in buying later this year?