Borderlands has always been about guns and bullets. The Vault Hunters’ abilities enhance combat in game-changing ways. However, some of the Vault Hunters’ abilities just double down on the guns and bullets, and that is more than okay. Roland, Axton, Salvador, Nisha, and now Moze shows up with her Iron Bear mech and shows us all how destruction is really done. At E3, Gearbox showed off Borderlands 3 with gameplay and a new trailer, but it was really an opportunity for fans to check out Moze. The Moze skill trees are all about that big sexy mech. 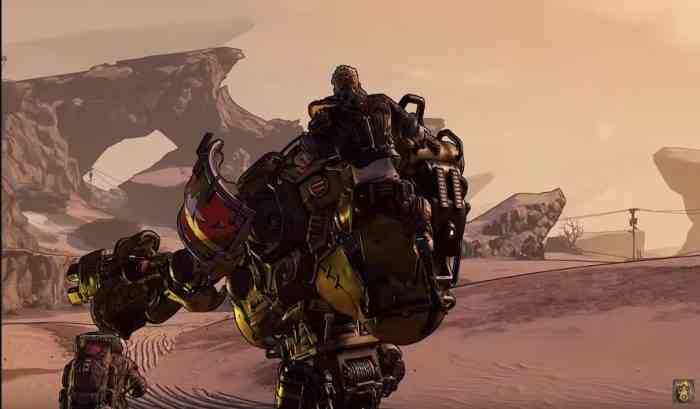 “Bottomless Mags”, “Demolition Woman”, and “Shield of Retribution” are the names of her skill trees and they all enhance Iron Bear in different ways. Moze hops into Iron Bear who has an changeable weapon mounted on each arm. The first weapons that can be used are miniguns, railguns, and grenade launcher. You can have two of one or two different weapons. The “Bottomless Mags” skill tree is all about how many bullets you can cram down your enemies’ throats. It explores ammo regeneration, non-ammo consuming shots, and can add a rear-mounted turret for your friends.

Is Moze the Vault Hunter for you? Let us know in the comments below.

Take Aim, Relax, and Pull the Trigger on Sales – The Top 10 Amazon Game Deals of the Week
Next
Get Ready to Celebrate Father’s Day and Save Lots of Money With These Awesome PC Deals
Previous
Leaked Ad Shows Terminator DLC Also Coming to MK11