The first of two Hitman 2 DLC levels will launch on June 25th. According to the game’s developer at IO Interactive, this upcoming mission is set in an completely new bank map. 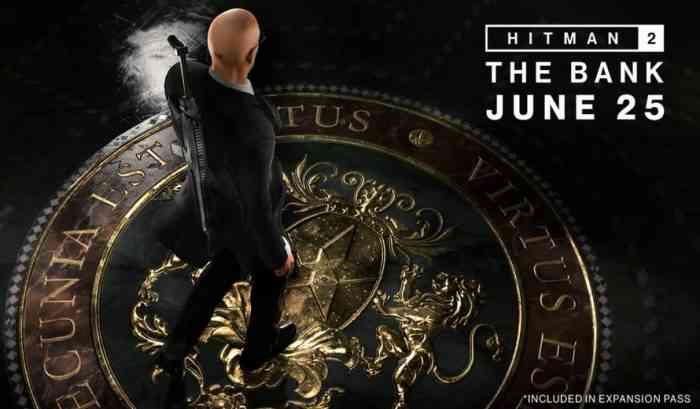 “‘The Bank’ will include a new campaign mission titled ‘Golden Handshake’ and takes Agent 47 to an investment bank in the United States,” the Hitman 2 studio explained on Friday. “Expect new gameplay opportunities, new challenges to earn location mastery and new unlocks that will change the way you play.”

IO Interactive added, “We will be revealing more about this location throughout the month and leading up to the release on June 25! Keep your eyes peeled!”

The second DLC map is set in a tropical resort in a location that hasn’t been revealed yet and is scheduled to launch sometime this fall, per the roadmap.