Six Kickass Classics To Get The Modern Console Treatment

It’s a D&D resurgence! Six classic BioWare games, all steeped in that tabletop roleplaying sauce, are coming to consoles this Fall. Soon you’ll be able to indulge in that Baldur’s Gate/Neverwinter/Planescape goodness on the PS4, Xbox One and the Nintendo Switch. Because, just in case you’ve forgotten, ALL GAMES are perfect for that system. 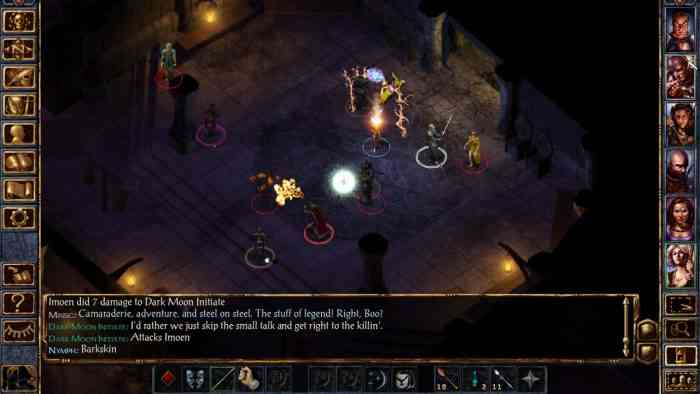 September 24th will see Baldur’s Gate, Baldur’s Gate II, Baldur’s Gate: Siege of Dragonspear, Icewind Dale, and Planescape: Torment come out on consoles. Meanwhile, Neverwinter Nights: Enhanced Edition will be out on December 3rd for the same systems. The games will all get a graphics and resolution bump for that proper 2019 experience.

But wait, there’s more! On top of the better graphics, the games will be getting new content! We’re getting new classes, new characters, and more character creation dials and levers. Oh, and don’t forget about the bug fixes, balance tweaks, genuine console controls, and multiplayer functionality. In other words, this is looking like a proper re-release of some truly beloved RPGs.


The Walking Dead: Saints and Sinners Trailer and Pre-Order