Borderlands 2 was released back in 2012 and now almost 7 years later fans are just a few months away from getting to play Borderlands 3. But why exactly did it take so long for a brand new mainline entry Borderlands experience to be developed? In a recent interview with Metro UK Gearbox answered that very question.

There’s no shortage of fans wondering about the seven year gap between games and now, in a new interview, Scott Kester, the Art Director for Borderlands 3, talked about the how and why of it all. When asked what led to such a long wait for Borderlands 3, Kester had this to say, “Okay, so we made 1 and we made 2 pretty back-to-back. I was on both of those games and we were tired. And we were like, ‘Should we make another one?’ And we didn’t want to, we needed a break. Because if we didn’t have a break I think we wouldn’t have made something as good.”

Of course during the 7 years it’s not like there weren’t any new Borderlands games to play, what with Borderlands: The Prequel and Tales from the Borderland. With that said Gearbox Software was solely focused on Battleborn, which according to Kester, helped shape Borderlands 3. “By the grace of the beautiful 2K they allowed us to say, ‘Hey, we want to try this Battleborn thing, we just want to kind of reset our palette, we’re gonna try this thing’. And we did it and… you know, if we didn’t make that game Borderlands 3 wouldn’t be as good as it is now. It made us think about things a little different.” 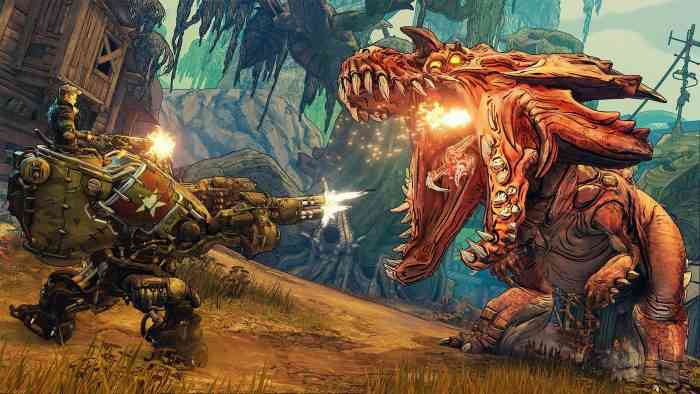 Up until now it seems there’s been a bit of a misunderstanding regarding what fans can expect from the post-launch content for the upcoming title. When he was asked how Borderlands 3 will be supported post-launch Kester talked about DLC stating, “We do plan to go into DLC but I think we also kind of tried to put a stake in the ground for making DLC too. We’ve made pretty substantial, meaty DLC and we want to continue doing that.”

Borderlands 3 is set to release on September 13 for PS4, Xbox One, and PC. As of right now the game is also set to drop for the Google Stadia although the date is currently unknown. Are you glad they waited 7 years? Let us know your thoughts on the upcoming game in the comments below and don’t forget to keep it locked for updates!


Cate Blanchett Is Officially Starring in the Borderlands Movie

Leak of the Next Potential Free Epic Games!
Next
Square Enix Is Aiming for the Level of Success as Spider-Man with Marvel’s Avengers
Previous
Previous Fundraising Record for SGDQ Was Beaten by SGDQ 2019