The New Just Cause 4 DLC Has an Appetite for Destruction

Just Cause 4 has just received its first batch of paid DLC. Yup, that means more stuff is now available with which to crash the game. If constant crashing does not deter you, you have the patience of a saint, and you might just like this. The first bit of Just Cause 4 DLC is all about vehicular destruction. In Dare Devils of Destruction, Rico has got the attention of 3 gangs off the West coast of Solís. At first, they don’t like him, so he has to complete races and challenges to earn their respect. 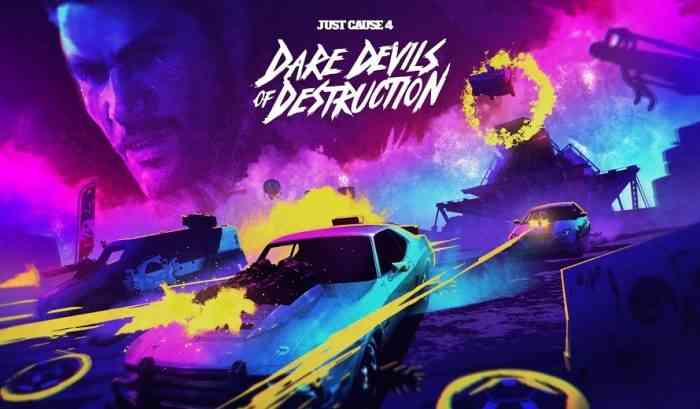 Each of these gangs has their own style of competition for Rico to participate in. Survival is like a vehicular obstacle course where Rico must drive his way through an area, picking up check points, dodging things like mines and wrecking balls and get to the end in one piece. In Run, Rico must race against NPCs. The objective is to finish the race while picking up check points. The faster the check points are picked up, the more time is taken from the total race time. The last competition is Rampage. In Rampage, Rico must destroy as many targets as possible, racking up the highest score. More destruction adds on to the time limit for more destruction.

Will you get back into Just Cause 4? Let us know in the comments below.

What is Kingdom Hearts’ Project Xehanort?
Next
Sonic Movie Director Responds to Design Criticism, Changes are “Going to Happen”
Previous
This Game Is out of This World – the Borderlands 3 Spaceship