World of Goo Updated over a Decade After Release

More of a Fixer Upper Than an Update

Way back in 2008, when we were all more full of hope, developer 2D Boy released World of Goo. World of Goo is a puzzle game of building structures out of Goo Balls. It was widely praised for its gameplay innovation and style. It was also a success story in terms of a commercially successful indie game. World of Goo was originally released on PC and Nintendo Wii via WiiWare. You see, kids, WiiWare was basically the Wii’s online store. Now, after more than a decade since its release, World of Goo is getting an update. 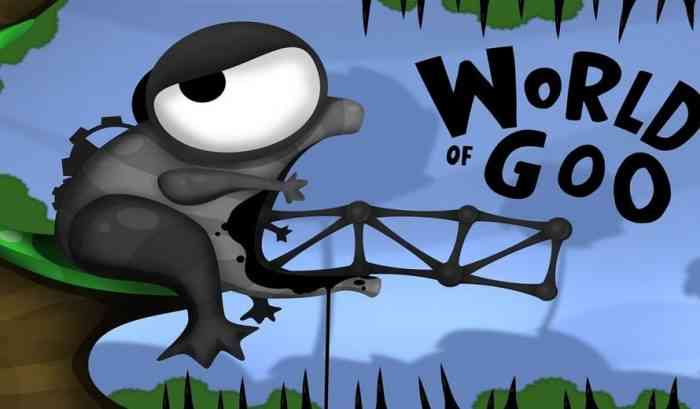 A few years after the initial release, World of Goo saw ports to various mobile platforms such as iPhone, iPad, Android devices, and in 2017, the Nintendo Switch. With more recent releases, a few improvements were made, but looking back, the original PC version seems to have fallen behind. As a ten year old game, that was not surprising. It ran at a 4:3 aspect ratio and 800×600, which was standard for the release’s time. Kyle Gabler, the game’s designer, writer, artist, and composer said that “The game would also crash your computer if you had more than one monitor hooked up.” This prompted 2D Boy to give World of Goo a modern makeover.

“So over the last few months, we’ve rebuilt the game for Win / Mac / Linux and it should now work nicely again on everyone’s modern computers. It’ll run by default at a modern widescreen 16:9 aspect ratio, and at whatever size you want. We also made a lot of improvements over the years for other platforms, like Nintendo Switch, so we brought over those improvements as well.” The updated World of Goo will be available on the more modern platforms, but will first be available on the Epic Games Store, so I guess get ready for some people to be mad about that.

Will you be revisiting World of Goo when you get the chance? Let us know in the comments below.