Sadly, Tidus does not laugh in new trailer for this 18 year old game. Yes, today Square Enix dropped the Final Fantasy X/X-2 HD trailer for the Nintendo Switch and Xbox One. Most of the clips we see are of Yuna and Tidus, but we get a few glimpses of the other characters. The trailer was titled “Tidus and Yuna”, they were after all the protagonists of the two games. All the footage is of the pre-rendered cutscenes, which is good and bad. The good thing is it looks as great as I remember it being almost two decades ago. The bad thing is that’s as good looking as anything we will see in these games. 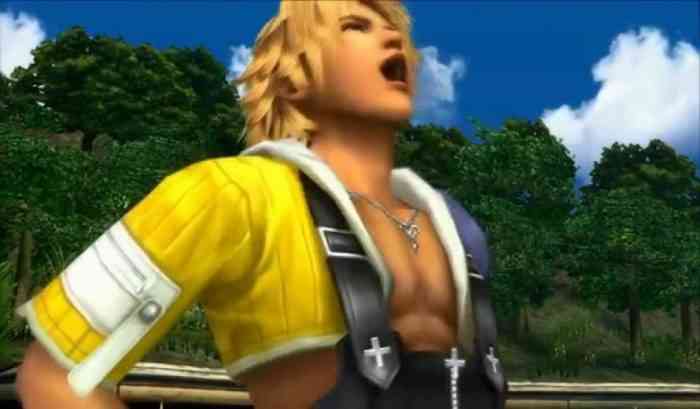 There is no in-game footage. If you’ve played the HD remaster of the PS3/PS4 versions, you kind of know what you’re getting. As an Xbox One owner, my question is: is this remaster going to look any better or on par with the PS4 version? After all, most of the game looks different than that scene where the Guardians grind down that cable from the airship.

It would be nice to see a more comprehensive trailer than just these cutscenes, but that’s unlikely for a couple of reasons. Firstly, this is an old game. This has been re-released twice already; people are familiar with it. No need to show off what it’s all about. Reason number two, the HD remaster is coming out next Tuesday! We will be able to see it first-hand on April 16th. Maybe we’ll see a launch trailer, but again, unlikely.

Will you be picking up Final Fantasy X/X-2 HD Remaster? Let us know in the comments below.