Happy Earth Day, everyone! If you’re looking for a way to celebrate, Tigertron’s Jupiter & Mars is out today for PS4 and PSVR. What better way is there to salute and pay tribute to our planet, other than actually going out and cleaning it up? 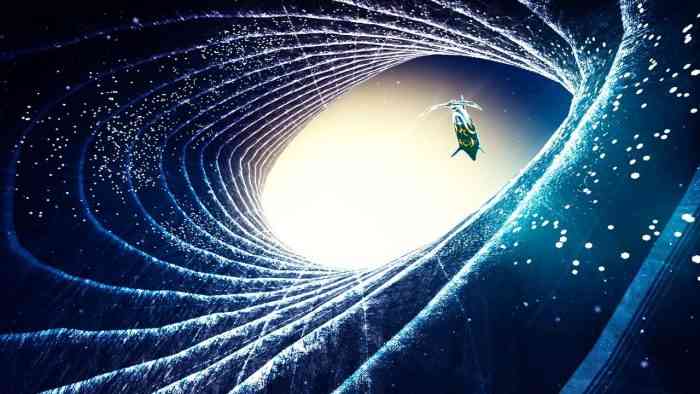 The story revolves around a pair of gorgeous glowing dolphins navigating the planet’s oceans, excising any traces of mankind that they find. An ancient race of whales called The Elders has tasked the two dolphins with eradicating the machines of man still operating in the oceans. If they don’t, said machines will render the ocean uninhabitable for the life that remains.

In this scenario, we’re both a) the bad guys and b) super duper extinct. Perhaps if you explore enough of the oceans, you’ll uncover the reasons why humanity wiped itself off the map? On the other hand, maybe it doesn’t matter. We’re already rather dead, after all. Jupiter & Mars is available right now on PS4. There’s also PSVR functionality, if you want to see these beautiful glowy ocean depths a little more up close. You can check out the trailer embedded below for more information. Happy Earth Day!