The Original Burnout Paradise Servers Are Shutting Down in August

The online servers for 2008’s Burnout Paradise are closing down after almost 12 years of service. 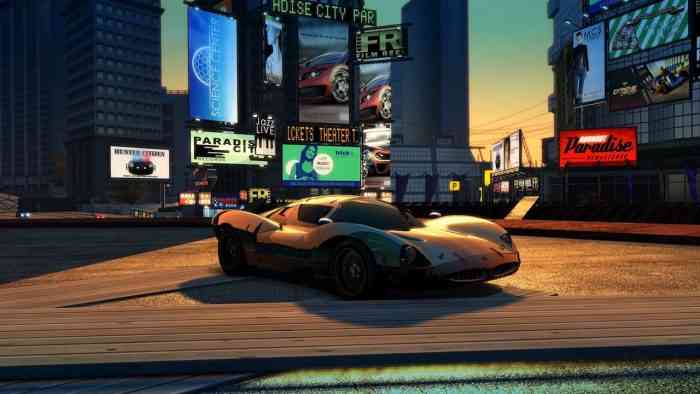 Announced via the game’s official Facebook page, the shutdown date will occur on August 1st, 2019 and relates to the original Burnout Paradise released for the Xbox 360, PlayStation 3, and PC. Offline play will continue to be available and this won’t impact the servers for 2018’s Burnout Paradise Remastered one bit.

“Burnout Paradise fans, after over 11.5 years of service, the servers for the original 2008 game will be closing on August 1st 2019,” it reads on Facebook. “That affects Xbox 360, PS3 and PC versions. Offline play will still be available of course, and Burnout Paradise Remastered servers are unaffected. Thanks to the lingering hardcore few for staying with us. You’ve got 106 days (or so) to finish all those barrel-roll challenges!”

If, somehow, you never played Burnout Paradise, now would be the perfect time to give it a whirl. If you’ve got an Xbox One, it is playable via the system’s backwards compatibility feature. On the other hand, it probably makes more sense to grab the remastered version that came out last year. It includes everything from the original plus all DLC and boasts better frame rates and resolutions.

Here’s what we said in our review:

“Burnout Paradise Remastered is the perfect reminder of an arcade racer done right. The core driving mechanics are near perfect and feel more in tune than some modern racers. It’s an absolute blast to play and is just as addictive now as it was in 2008. It’s disappointing that the remastering effort isn’t a giant super jump leap from the original game, which makes it hard to recommend to anyone that wants to make a return trip to Paradise City. With that said, it’s still an enjoyable racing romp that holds up extremely well today.”

What do you think about the servers shutting down? Leave a comment below.