Sony Reveals That Days Gone Could Indeed Become a Franchise

Sony Is Hopeful Days Gone Will Be a New Playstation Franchise

It’s hard to argue that Sony has, over time, developed a great talent for not only creating new games but turning them into popular franchises. This generation alone we’ve seen some new IPs that could be turned into a long term franchise, like Horizon Zero Dawn, and it seems Sony is hopeful about another new title: Days Gone. 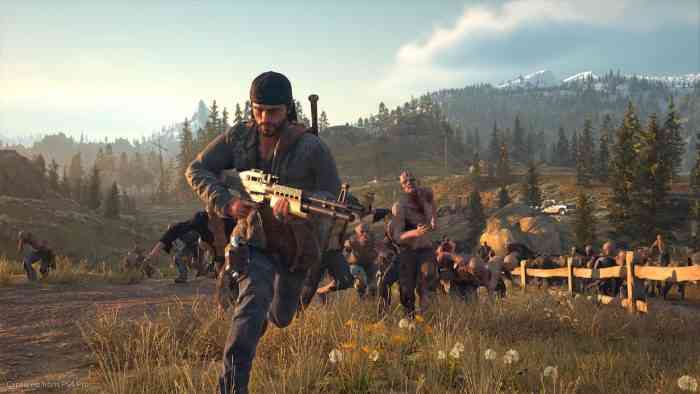 Over the next little while Sony has multiple new IPs joining the fray, including Ghost of Tsushima, Death Stranding, Concrete Genie, and Days Gone. As it stands right now it’s unclear what their vision is for the first three, however when a member of Sony’s PR team recently spoke to Average Caucasian Shark at a demo event, they stated they’re hopeful they can turn Days Gone into a franchise. When asked about whether Days Gone is a one-off title or if it has the potential to turn into a franchise, Sony responded saying, “Franchise. The goal is always to make a game that people love and want more of.”

And if you’re not quite sure what the game is all about, here’s a little about the game straight off the game’s PlayStation website, “Days Gone offers an incredibly realistic and detailed open-world experience. Immerse yourself in vast and hostile environments, and explore their secrets. Search abandoned vehicles, houses, truck stops and towns as you scavenge for resources. But be careful— day and night cycles, along with dynamic weather systems, all affect gameplay and enemy behavior.”

Days Gone is set to release in less than a month, on April 26th exclusively for the PS4. Are you excited to get your hands on this post-apocalyptic zombie experience? Let us know your thoughts in the comments below and don’t forget to keep it locked for updates!