Do We Smell a Cyberpunk 2077 Collaboration with Lady Gaga?

Consider Her Look in the Poker Face Video an Audition

Cyberpunk 2077 might not have a solid release date, but that will not stop it from staying in the spotlight. With this rumor, Cyberpunk is going to be sharing the attention. Someone has been spreading a rumor that Stefani Germanotta AKA Lady Gaga will be or has joined the cast. Does this idea of a Cyberpunk 2077 collaboration have any merit? Let’s connect the dots here. Way back in 2012, Lady Gaga tweeted out a nonsensical message saying, and I quote “AAAAAAAAAAAAAHHHHHRHRGRGRGRRRGURBHJB EORWPSOJWPJORGWOIRGWSGODEWPGOHEPW09GJEDPOKSD!!!!!!!!!!!!!!! 0924QU8T63095JRGHWPE09UJ0PWHRGW”. Last September, the Cyberpunk 2077 Twitter account replied to the tweet saying “Of course! Of course we will!” with a *Shades emoji*. 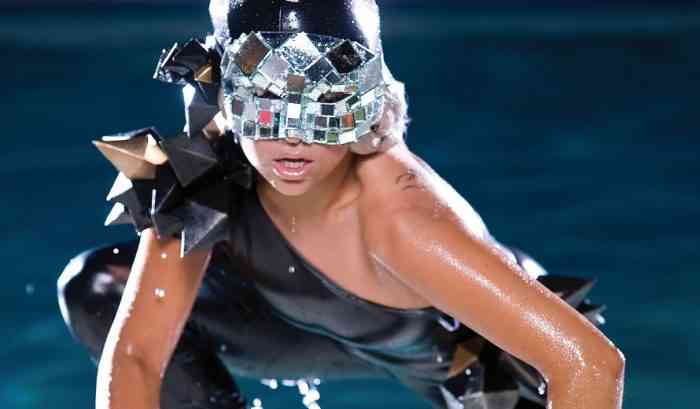 Now, that is hardly any reason to believe that there is anything more going on than a playful trolling. What gave this flame a spark is a claim from Actugaming that Lady Gaga was seen in Poland visiting the CD Projekt RED’s studio. Hmmm. Interesting. The source of this information, who has remained undisclosed, said “that she would participate in Cyberpunk 2077 in one way or another.” Obviously, since this source cannot be corroborated, that is what makes this a rumor.

If this does turn out to be true, that would be a big yay for the gaming industry. Not many games have multi-talented celebrities as decorated as Gaga, speaking for her awards and costumes. In 2019, she became the first person to win an Academy, Grammy, BAFTA, and Golden Globe in the same year. Here’s to hoping we’ll see Geoff Keighley handing over a Game Award. She’ll want to clear off her shelf for that one, right? Cyberpunk 2077 is coming out (eventually) on PS4, Xbox One, and PC.

What say you about this rumor? Let us know in the comments below.