NetherRealm Briggs in Two More Characters, but Kahn They Keep up with the Rest?

We are just over one month away from Mortal Kombat 11’s release. NetherRealm is doing quite a good job keeping our eyes affixed on their upcoming game. With their newest reveal trailer, we are shown not one, but two new characters. Well, to be fair, they are not actually new. Up until now, we have not seen them fight in the game. These two Mortal Kombat 11 characters are Jacqui Briggs and Kotal Kahn. But they don’t just posture in this trailer, they beat the hell out of each other. 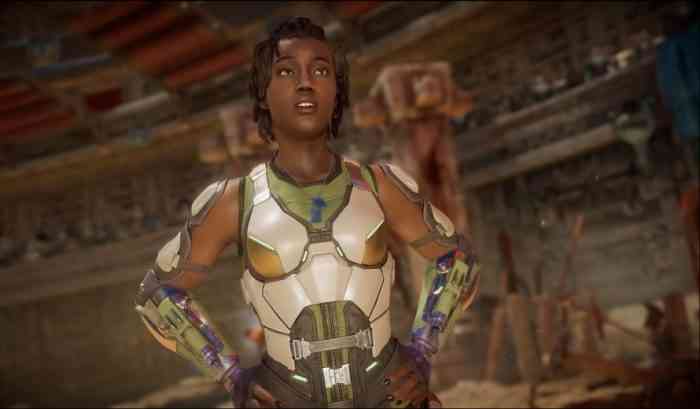 The fight between the two takes place across what appear to be two matches in two locations, mashed up into one big fight. The first location seems to be a coliseum and the second looks like a torture chamber or holding cell. We see Jacqui showcasing her sweet arm-blasters a lot and Kotal transforming into his jaguar form and mauling her a bit. Despite the video being called “Official Kotal Kahn Reveal Trailer”, Kotal gets thrashed almost the whole time. Between Jacqui breaking the front of Kotal’s face and the back of his head, we do a new variant of his signature moves like the Saw Blade.

Even though we see Kotal Kahn doing some pretty brutal things like draining Jacqui’s innards and consuming them, she eventually kills him in an even more brutal way. After blasting his head off and shooting a hole in his stomach, she tosses one of those shield grenades down his neck-hole. When it detonates, it splits him down the sides. Mortal Kombat 11 comes out on April 23rd for the Switch, PC, PS4, and Xbox One.

Are you excited for these two? Let us know in the comments below.