The Elder Scrolls: Legends’ Isle of Madness Expansion Will Launch on January 24th

The Elder Scrolls: Legends’ expansion Isle of Madness is scheduled to launch on January 24th on the PC, iOS, and Android, Bethesda announced on Friday. This expansion is set on the Shivering Isles, which are home to Sheogorath, the Daedric Prince of Madness, and will include a new card mechanic & lane conditions.

The expansion pack costs $19.99 to pre-order, according to a press release.

The story of Isle of Madness centers on a man who’s on a quest to save his own son by entering Sheogorath’s domain.

This expansion introduces a new card mechanic called “Double Card”. “A Double Card captures the essence of two distinct cards housed in a single vessel,” the official The Elder Scrolls: Legends website explained. “Once drawn, the card splits, granting you two cards in the place of one! After all, why settle between a Baliwog or a Spawn Mother when you can have both?” 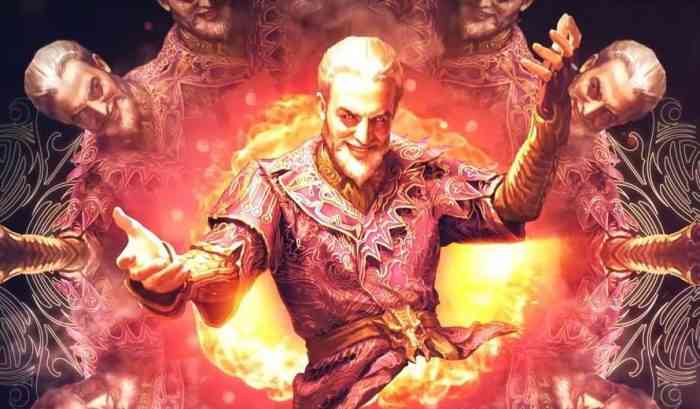 Also, the Isle of Madness’ new lane conditions are called “Dementia” and “Mania”.

“As players traverse the Isle of Madness, they will encounter all-new lane conditions that change up how they play their creatures,” the website also explained. “The Dementia Lane deals damage to opponents if you control the most powerful creature, while the Mania lane draws you a card for having the creature with the highest health.”

“Some cards within Isle of Madness can convert existing lanes into Mania or Dementia lanes, so keep a sharp mind and learn to master these new conditions so that the insanity consumes your opponents rather than you!” the explanation continued.