Image & Form just announced SteamWorld Quest: Hand of Gilgamech, the fifth game in the beloved SteamWorld series. It will launch first on Nintendo Switch before coming to other platforms.

Announced during Nintendo’s Indie Highlights presentation, SteamWorld Quest takes the series in a brand new direction yet again. Veering away from the Metroidvania style of gameplay in SteamWorld Dig 2, this new entry is a turn-based roleplaying card game. Players will lead a heroic party into battle while building a card deck from more than 100 unique ‘punch-cards.’

Using a party of three, you’ll use cards such as Burning Desire, Dragon’s Roar, Hot Iron, Ice Shard, Kilovolt, and more in order to fend off any threats in your way. As you can see from the trailer above, SteamWorld Quest retains the series beautiful hand-drawn graphics now in a bold RPG setting. 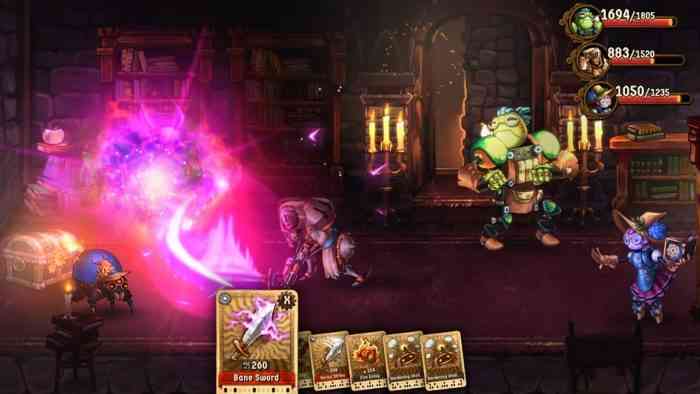 Interestingly enough, Image & Form asked fans on Twitter in 2017 which genre they’d like to see them tackle next. The winner? RPG, of course! The series is well-known for experimenting in different genres. From the original Tower Defense game to a turn-based strategy shooter, the SteamWorld series isn’t afraid to shake things up.

A release date for Quest was not given but the company has said that it will be revealed soon. This is also the first game published under the Thunderful label, a joint-venture between Image & Form and Zoinks! Games.

What do you make of Image & Form’s latest? Share your thoughts in the comments below.

Oxenfree II: Lost Signals Release Has Been Delayed Until 2023
Next
New GOG Sale Is Sizzling With Hot Deals, 70% off Witcher 3 and More
Previous
You Can Start Pre-loading the Anthem Demo Right Now