Surprise, Fortnite Takes Up a Lot of People’s Time and Money

As if suddenly realizing that each individual human alive only has so much time in a day, Netflix has reported to shareholders that their primary competition might be the world’s most popular video game. 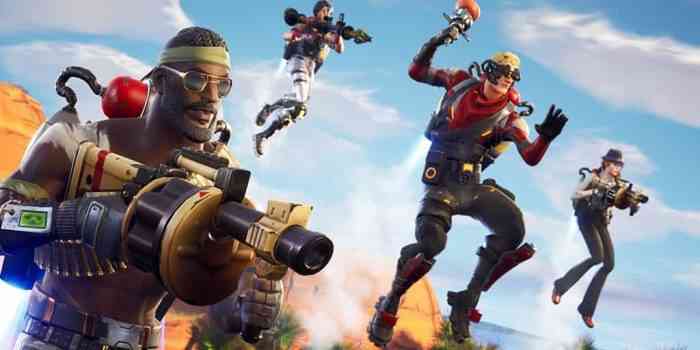 In a letter to investors who must not have phones or the capacity to look at anything other than their bank account, Netflix explained that their main competition is not the Home Box Office network and their own dedicated streaming service, but is instead Fortnite, the Ariana Grande of games in the way that you can’t go a damn day of your life without hearing about it.

The letter reads: “In the US, we earn around 10 [percent] of television screen time and less than that of mobile screen time, we compete with (and lose to) Fortnite more than HBO. When YouTube went down globally for a few minutes in October, our viewing and signups spiked for that time… There are thousands of competitors in this highly-fragmented market vying to entertain customers and low barriers to entry for those with great experiences.”

Netflix is currently boasting 139 million subscribers with 100 million monthly active users, while Epic’s world-dominating Fortnite crossed the 200 million mark back in November, sustaining 80 million monthly active users. Granted that the “Netflix Indecision” game is highly popular right now as well, Fortnite brought Epic’s profit past $3 billion last year and doesn’t show any signs of slowing down anytime soon. Incidentally, Netflix is at risk of losing a sizable portion of its content as Disney and NBC gear up to launch their own dedicated streaming services later this year.

It feels bizarre that the execs at Netflix are just figuring this out as all of this information has mostly been public knowledge for the past few months, and up here in Canada, there’s been quite a bit of talk among users about cancelling subscriptions thanks to rising prices that don’t line up with the quantity or quality of content. Let us know what you think in the comments!