Dead or Alive 6 is obviously the sixth main installment of the series, and about the one-thousandth overall entry. A few days ago, DOA 6’s release was pushed back from February 15th to March 1st. Yesterday, fans were hit with some exciting news. The Dead or Alive 6 beta was announced, via Twitter, to be open for download today on January 11th and can be played until January 14th. The beta includes characters “Kasumi, Ayane, Hayabusa, Hayate, and one of the most anticipated newcomers, Diego”. According to GameSpot, the beta is only available on PlayStation 4 and requires a PlayStation Plus membership. 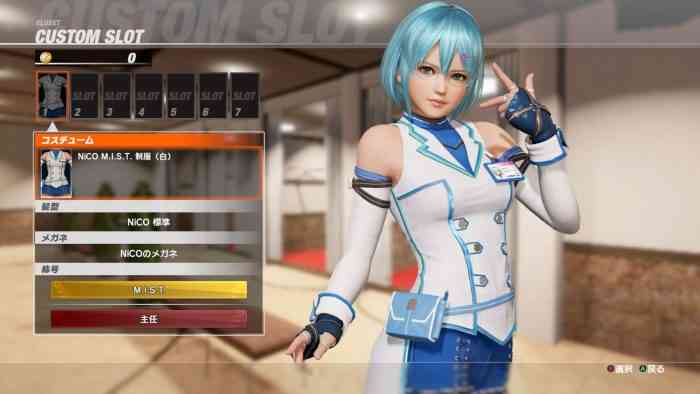 Like previous Dead or Alive games, the combat works on a rock-paper-scissors type of system called the Triangle System. In the Triangle System, Strikes beat Throws, Throws beat Holds, and Holds beat Strikes. When two attacks collide, the one with the advantage wins and hits with increased damage. The Break Gauge System is a feature entirely new to the series. Players have special attack meters that when filled can give fighters access to special moves. These moves are called Break Blows and Break Holds. They both appear to be counter-type moves, as they can be activated upon being attacked.

The DOA Central mode is also introduced. This feature is basically a way to give a bit of customization to the look of the fighters. Judging by the above screenshot, players will have slots for their favourite outfits for each character. It’s unclear if this feature will be available during the beta though. As it was mentioned above, players have until January 14th to play the beta, so if you’re a PS4 owner and you’re dying to play it, get on it!

Are you looking forward to DOA 6? Let us know in the comments below.

Minecraft RTX in Beta on Windows 10