More Soulja Boy Consoles Are on the Way

Who will probably going to get sued for this? YOOOOOOOOOUUUUUU

Soulja Boy up in this gaming industry. Or at least trying his darnedest. Well, he could be trying harder. He has released the SouljaGame Fuze (the not-Xbox-One), the SouljaGame Console (the other non-Xbox-One), and the SouljaGame Handheld (the not-Nintendo-Switch). All these can be found on SouljaWatch.com. The next of the Soulja Boy consoles to hit the market is the Soulja Boy Retro Mini (the not-GameBoy). By “hit” I mean “land a wet slap”, kind of like what happens when you drop a dead fish on the floor. 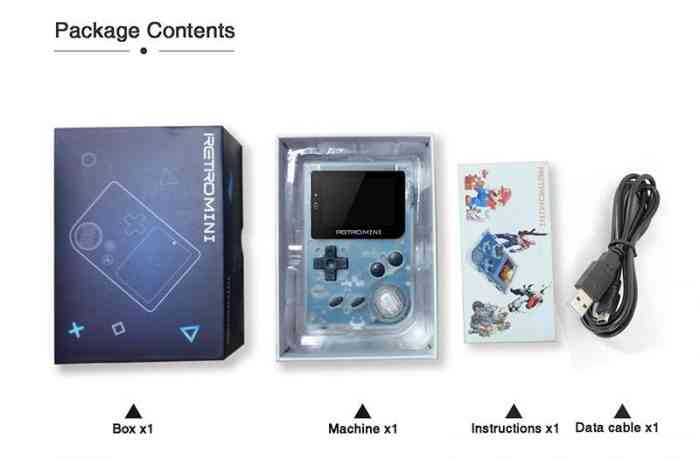 The above image is titled Package Contents, soon to be titled Exhibit A. The Retro Mini is a spitting image of the GameBoy Colour. The Retro Mini has its buttons labeled as Game Key A and B, Select, Start, and the D-pad is labeled as Narrow Keys by another image. NARROW Keys! If that wasn’t enough, the instructions clearly depict Mario stepping on some blocks. Regular price for this is $133.98, but is on sale right now for $99.99. This would be funny if people weren’t spending real money on this. More images can be found on the site.

In a tweet, Mr. Boy also put out a call for members for an eSports team. The tweet reads “If you’re that 17 18 year old kid gamer with a passion and a dream. I’m looking for u hit me up. #SouljaEsportsTeam”. Soulja Boy is looking to make big waves one way or another, but it looks like the way he’s electing is the illegal one. According to MTONews, Soulja Boy has been contacted by Nintendo and may be facing imminent legal action for violating the Trademark Counterfeiting Act. This could result in “Imprisonment for the first offense up to 10 years and up to 20 years for repeat offenders.”

Have we sold you on any Soulja Boy consoles? What are your predictions regarding Soulja Boy’s future in gaming? Let us know down below.