A New Monster Energy Supercross Game Is Coming in 2019

A brief gameplay video for Monster Energy Supercross – The Official Videogame 2 was recently uploaded and you can watch this gameplay clip below.

This upcoming moto-racing game is being developed by Milestone S.r.l, the studio that developed the previous Monster Energy Supercross game (which came out earlier this year) and made several entries in the MotoGP game series.

The Supercross sequel will have a career mode, better controls, some more training levels, and a track editor for players to mess around with. 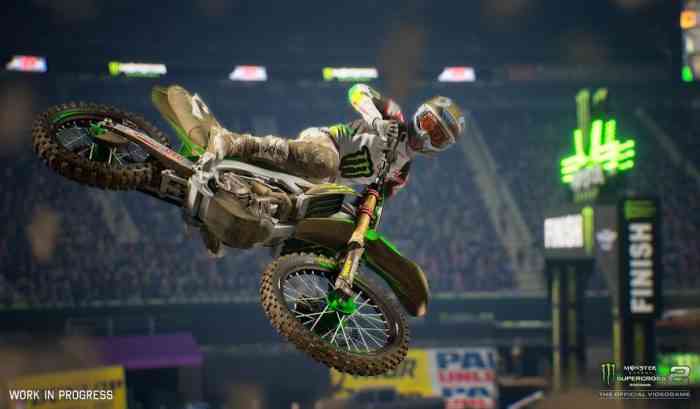 If you’d like to know more about this moto-racing game then you should read a preview we published back in October.

“Monster Energy Supercross 2 is shaping up to be incredibly rad; there’s no more straightforward way to put it,” the preview’s author wrote. “Milestone is seemingly crafting the most impressive and accessible Supercross video game to date. I’m not an avid fan of the sport, but the inclusion of deep player customization, the experiences of a pro rider on and off the track, and refined mechanics have undeniably piqued my interest.”

Monster Energy Supercross – The Official Videogame 2 is coming out on February 8, 2019 for the PC, PS4, Xbox One and Nintendo Switch.