Elemental Platformer ‘Degrees of Separation’ Has a Focus on Teamwork

Degrees of Separation Launches in February 2019

A new trailer for Degrees of Separation, a solo/co-op platformer, explains how the game’s temperature-based mechanics work and shows off some good old puzzle platforming. You can watch the trailer below!

The game’s story focuses on two characters, Rime & Ember, undertaking a journey. In order to reach their destination, they’ll both have to use their powers and work together. The narrative was penned by Chris Avellone, whose most well-known past work includes Fallout: New Vegas and Pillars of Eternity.

Though Degrees of Separation can be played solo, the trailer’s narrator mentions that it’s best played with someone else. In singleplayer mode, the player can either switch between both characters or control them simultaneously. 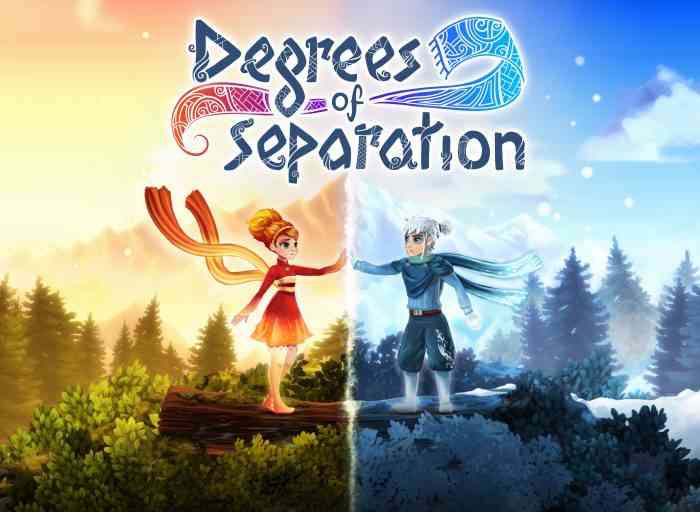 Also, according to a blurb in the game’s press release, levels will be open-ended and each one will introduce a new gameplay mechanic for players to learn about.

What do you think of this game so far? Does this look like a purchase or is this platformer seem like it’s not your cup of tea? Let us know your thoughts in the comments section below.