Activision Is All About the OGs

The purple dragon is back to rain heavy fire upon every piece of sheep in the Dragon Realms and Avalar, with the launch of Spyro Reignited Trilogy. He’s the classic firebreather that dominated our living rooms, and he’s now better than ever because he’s in HD. 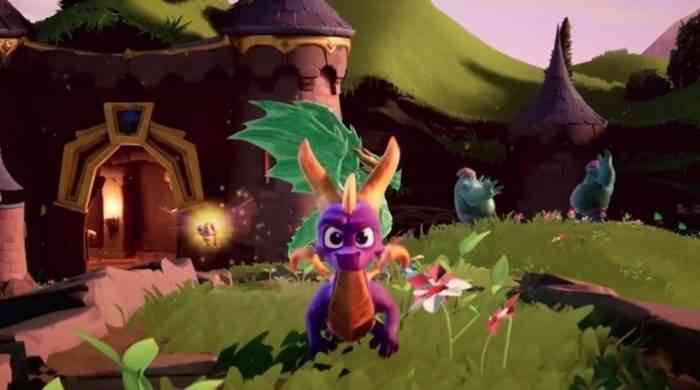 Much more than a remaster, however, Spyro Reignited Trilogy takes everything we remember from the old games and ups their quality by a few decimals. Available now for PlayStation 4 and Xbox One, players can pick up a copy and expect three games worth of content. That’s Spyro the Dragon, Spyro 2: Ripto’s Rage! and Spyro: Year of the Dragon for the price of $39.99. Developer Toys for Bob has reimagined all three classics with better maps, new characters, and updated music, all in amazing HD quality. According to a press release, players can expect “100+ lush environments filled with new detail.”

Moreover, fans of the old games can look forward to the return of the original voice actor. Tom Kenny is back to voice the dragon, Spyro, for all three titles. And if you’re a stickler for the old audio, there’s a new feature that lets you switch between original and new music. Simply select the “options menu” for your desired tunes. While the music composed for this remaster is a twist on the old soundtrack, players may be nostalgic for the classic beats.

“It’s been a real pleasure to bring back one of most iconic video game characters of all time through the Spyro Reignited Trilogy,” said Paul Yan, Co-Studio Head at Toys For Bob. “We’ve poured everything we’ve got into making sure every detail was done right to deliver a great Spyro experience for fans. We hope players will have as much fun revisiting the Spyro world and characters as we did remastering them.”

Activision took another step in marketing with a drone for the OG, Snoop Dogg. The video game publisher went so far as to model a drone after the purple dragon, one that breathes fire. Check a look.

Yooo @SpyroTheDragon flew across country to drop off the first copy of the new game !! About to pop this in. Who wanna play? #Spyro_Partner #SpyroToSnoop #SpyroReignitedTrilogy pic.twitter.com/Wnu7EO6AoM

At the time of this writing, it’s unclear whether or not Spyro drones will ever be up for sale. The game, however, is available at multiple retailers. If you’re on the fence, feel free to check out our in-depth review.


Crash Bandicoot 4: It’s About Time Looks Better Than Ever on PS5

Activision Shows the Industry How to Revive a Franchise