Luminous Productions Is Working on a PS5 Game

The PS5 Is Expected to Launch in the Near Future

The LinkedIn webpage for a Luminous Productions 3D character modeler revealed that the Square Enix studio is currently developing a PS5 game. Presumably after ResetEra & the games media caught wind of this, this part of the LinkedIn profile was removed. 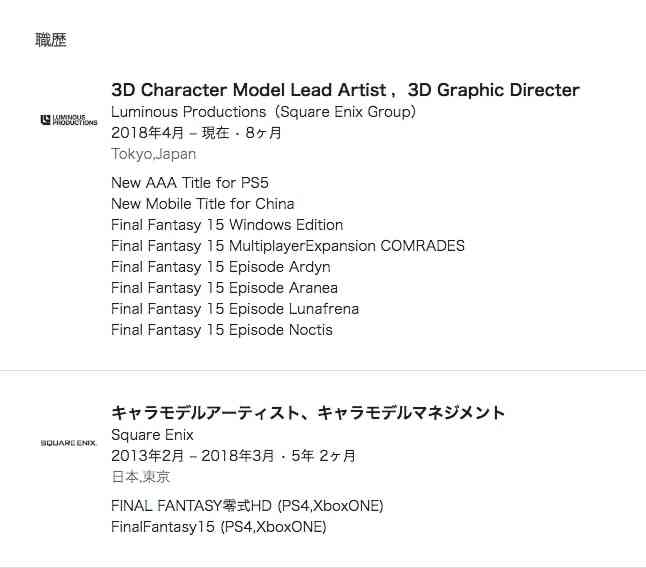 As you can see in the image posted above, the newsworthy part of this profile for the modeler, Tomohiro Tokoro, reads, “New AAA Title for PS5”.

Luminous Productions was announced earlier this year and has former Final Fantasy XV developers among its ranks. One of those developers, Hajime Tabata, was named the Chief Operating Officer (COO) of the company but Tabata resigned from this position last week.

According to a Square Enix statement sent to Eurogamer, Tabata resigned from Luminous Productions due to “personal reasons”. The statement also said that the studio is working on “a new IP”.

Whether or not this new IP is a PS5 game remains to be seen. However, there’s one thing we can say with certainty: the PS5 and the next Xbox are coming soon.

What do you think of this news? Let us know your thoughts on all this in the comments section below.