Square Enix is banking on a new IP with their game, Left Alive, which is something we don’t see too often. Thus far, we know the property focuses on mechs and espionage, but we don’t know all that much about the characters. To remedy that, the video game publisher has released a new trailer. 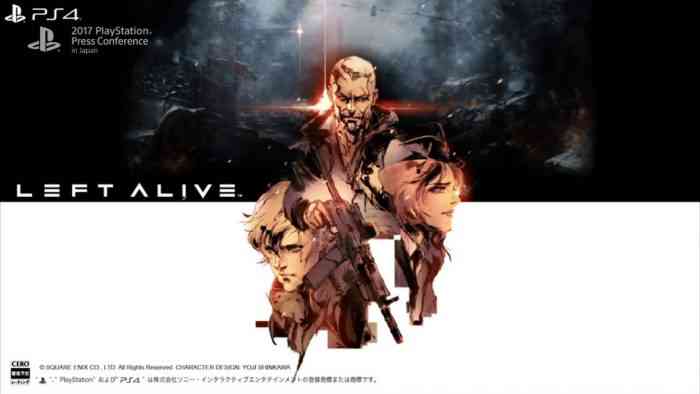 Left Alive’s focuses on three protagonists: Mikhail, Olga, and Leonid. We’re introduced to all three via in-game voiceover that will accompany players in the game. Through branching story arcs, players will discover a world wracked by war and betrayal. Since espionage is a pillar of the experience, a fair bit of treachery move’s each character’s story forward.The footage also introduces us to the game’s main enemies, who are largely mysterious.

The latest piece of footage also gives us another look at combat. Some weapons we haven’t seen before include Leonid’s shotgun, Olga’s crossbow, and what looks like a crowbar. Melee is part of the stealth loop, but the extent remains unknown. In case it wasn’t made clear by previous trailers, Left Alive will rely heavily on grenades. We see one that apparently scans the room for enemies and another used to eliminate vehicles. Explosives take advantage of the cover system, which seems to be a core aspect of the gameplay; that and the mech combat, which we received another glimpse of.

Revealed in previous coverage, Left Alive brings the element of player choice. Different decisions lead to branching paths, which in turn and crank out any one of multiple unique endings. Find it for PlayStation 4 and PC on March 5th, 2019.

Dragon Quest XII: The Flames Of Fate Co-Developer Revealed
Next
Fallout 76 Players Have Already Taken on the Roles of NPCs
Previous
Call of Duty Swatter Pleads Guilty to 51 Charges