Months after being revealed at E3 this summer, the Battle of Geonosis update has finally come to Star Wars: Battlefront II and brought the sole property owner of the high ground with it. 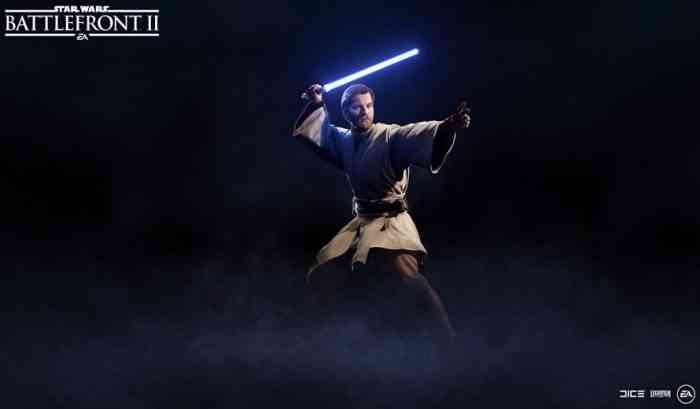 Based on the battle from the Clone Wars saga, the update includes a map based on Geonosis for the Galactic Assault mode, the AT-TE walker, the STAP and BARC speeders, as well as the new 212th Battalion skins (20,000 credits) for Clone Troopers and General Grievous‘ Shattered Armor skin (80,000 credits).

Obi-Wan Kenobi will cost 35,000 credits to unlock and comes with an Epic “Robed” (as opposed to disrobed?) skin, which will cost 40,000 credits or 1,000 crystals. His abilities include All-Out Push, which is just a regular force push, but players can hold down the button to increase its area of effect, Defensive Rush, in which Obi-Wan rushes forward while swinging his lightsaber, deflecting attacks and damaging enemies in front of him, and Restrictive Mind Trick, which disrupts the abilities of any opponents in front of him.

It’s worth noting that both Obi-Wan and General Grievous along with the upcoming Count Dooku and Anakin Skywalker are all voiced by their original Clone Wars voice actors.

Star Wars: Battlefront II is currently available for PC, PS4 and Xbox One. Let us know if you’ll be getting a piece of the high ground in the comments and keep it locked to COGconnected for all the latest gaming news!

Next
Devil May Cry 5 Collector’s Edition Appears On Amazon
Previous
Reviews for Darksiders III Are Mixed, and THQ Nordic Responds