In case you didn’t know, it’s Red Dead Redemption 2 eve, which means the review embargo has finally been lifted. And as many might have expected, just about every outlet under the western sky has sung the game’s praise. 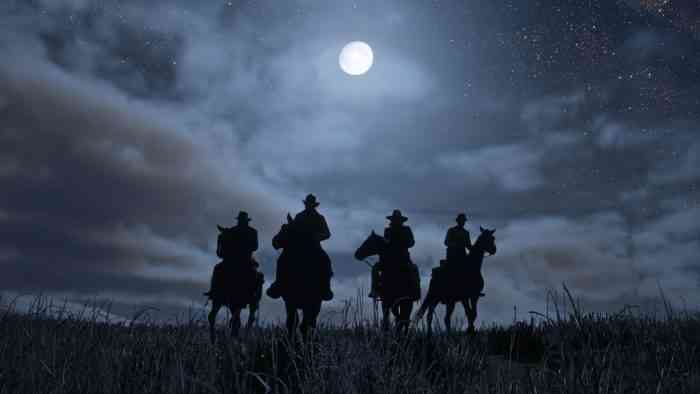 It’s all but official that Red Dead Redemption 2 is a masterpiece. At the time of this writing, the game boasts a 97 over on Metacritic. Rockstar has once again solidified their place as one of the—probably the most—dedicated studios in the gaming industry. Ever since they released Grand Theft Auto 3, the company has been on a critical streak of success story after success story. No one even imagined the first game would be the galvanizing force that it became, but it was, and here we are. Eight years and a couple of delays alongside blood, sweat, and pixels, Rockstar Games seems poised to top themselves yet again. However, you don’t have to take our word for it.

Here’s a full playlist of praise from the various outlets.

Red Dead Redemption 2 tests the boundaries of interactive immersion. Few games look this good, play this well, and have this much to offer. It begs you to slow down, turn every page of its dramatic tale, and savor every last breathtaking detail. It challenges you to be prepared for anything, and make the right decisions when your choices matter most. Arthur Morgan is the lead, but the world takes center stage to pull you in. With a list of challenges left to finish and an online mode launching soon, we plan to spend a lot more time in Rockstar’s unparalleled recreation of the old west.

There was never any doubt that Red Dead Redemption 2 was going to be good, but this is something special. A masterpiece that many will be talking about for decades to come.

The astounding thing about RDR 2 is that there’s not only a staggering amount of story, side quests, and places to explore but that it’s all high quality and doesn’t feel tacked on. The high level of craftsmanship in this game is evident in all its aspects, and it’s genuinely one of the best games of this generation of gaming.

There can be no doubt that this is a landmark game. It is a new high water-mark for lifelike video game worlds, certainly, but that world is also home to a narrative portrait of the wild west that is unexpectedly sombre and not afraid to take its time.

Red Dead Redemption 2 stands shoulder-to-shoulder with Grand Theft Auto V as one of the greatest games of the modern age. It’s a gorgeous depiction of an ugly period that’s patient, polished, and a huge amount of fun to play, and it’s combined with Rockstar’s best storytelling to date. Even after finishing the lengthy story I can’t wait to go back and play more. This is a game of rare quality; a meticulously polished open world ode to the outlaw era.

This is a powerhouse of a video game, one of the finest, built by people at the top of their game and under intense pressure, lest we forget. As it is, they remind us of what games can be, creating a majestic sense of place and time and allowing you to play your role in the way only this medium allows. So, if you’ll excuse me, I have another train to, er, ‘catch’.

Red Dead Redemption 2 is the epitome of ambition and like most things Rockstar, will meet the expectations associated with it. With all of the advancements since the last Red Dead and everything they’ve learned from Grand Theft Auto V under their belt, the series is in a better place, able to provide a more natural and less gamey world to explore.

While Red Dead Redemption was mostly focused on John Marston’s story, Red Dead 2 is about the entire Van der Linde gang–as a community, as an idea, and as the death rattle of the Wild West. It is about Arthur, too, but as the lens through which you view the gang, his very personal, very messy story supports a larger tale. Some frustrating systems and a predictable mission structure end up serving that story well, though it does take patience to get through them and understand why. Red Dead Redemption 2 is an excellent prequel, but it’s also an emotional, thought-provoking story in its own right, and it’s a world that is hard to leave when it’s done.

So, when do you plan to pick up Red Dead Redemption 2? Are you surprised by the reviews? Let us know in the comments down below.