One Youtuber Uploaded Videos of Himself Cheating

Epic Games has made a point of cracking down on cheaters since the inception of Fortnite: Battle Royale. And if you haven’t heard of their crackdowns, that’s because they’ve banned cheaters without warning and without hoopla. Now, they’re going after bigger fish in the wild west of YouTube.

YouTuber Brandon Lucas is being sued by Epic Games after videos on his Golden Modz channel implicated him for use of cheats to beat the competition. Worse, he is actively selling those cheats on his website. According to the company’s legal filing, “Defendants are cheaters. Nobody likes a cheater.

“Defendant Lucas not only cheats, he also promotes, advertises, and sells software that enables those who use it to cheat,” the document states. 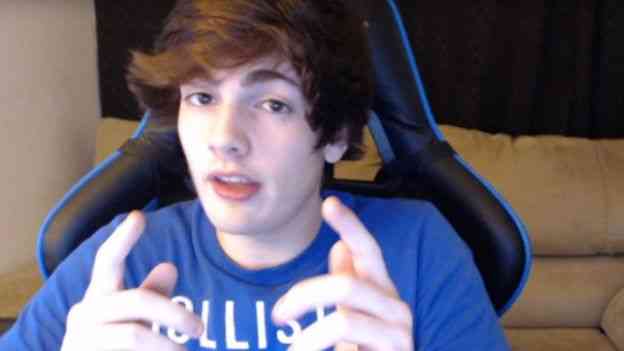 What is peculiar about the whole case is the fact that Lucas actively broadcasted his use and distribution of cheats. One of them is the infamous aimbot, which gives any PC user a gross advantage in the battle royale. He’s uploaded videos of himself and the cheat in action, which YouTube removed after a copyright complaint from Epic Games.

Another YouTube gamer who’s being taken to task is one Colton Conter. Epic Games have named Conter and Lucas in legal proceedings for “creating unauthorised derivative works of Fortnite by unlawfully modifying the game’s code.” The company provided a broader message in their statement to BBC:

“When cheaters use aimbots or other cheat technologies to gain an unfair advantage, they ruin games for people who are playing fairly. We take cheating seriously, and we’ll pursue all available options to make sure our games are fun, fair, and competitive for players.”

Around this exact same time last year, Fortnite filed a lawsuit against two other aimbot distributors. The difference is that last time, neither of the offenders implicated themselves like Lucas. “I’m confused because there’s about a thousand other content creators on YouTube that make Fortnite content,” he said in a video, and according to him, people do it “without repercussions.” It may be that Golden Modz’s channel brings the attention of 1.7 million subscribers. Even so, Epic’s crusade against Fortnite cheaters will likely involve more YouTube channels in the future.

Any thoughts on Epic’s lawsuit against Lucas and Colter? What about your thoughts on aimbots? Comment down below.