As if Insomniac wasn’t already everyone’s favorite game developer at the moment, with the spectacular release of Spider-Man just a couple of days ago. As it turns out they’re all about making dreams come true, and they included a sweet little easter egg for a huge fan of Spidey. Unfortunately, the easter egg didn’t exactly go as originally planned. 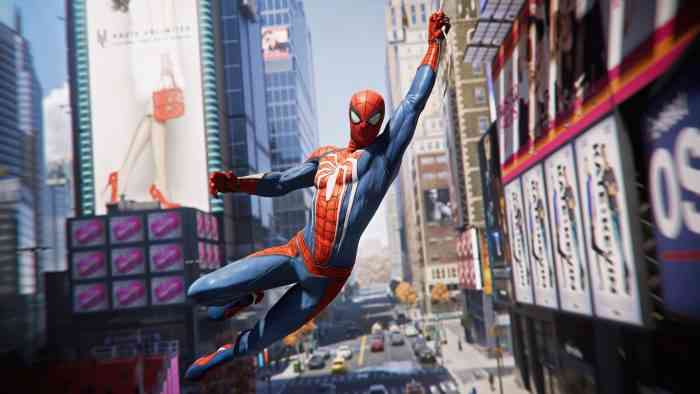 Back in May, Tyler Schultz, aka Twitter user @topnotch1210, tweeted to Insomniac Games hoping for their help with a huge milestone. He asked if they could include a small easter egg within Spider-Man so that he could propose to his girlfriend in epic fashion. As it turns out, they actually did it! After some back and forth between Tyler and Insomniac Games, they agreed that “Maddie, will you marry me?” would show up on a billboard within the game. You can check it out below.

Remember the guy who wanted to propose to his girlfriend and wanted a cool way to do it? He asked @insomniacgames to put it anywhere in #SpiderManPS4 and they actually did it! Amazing! pic.twitter.com/y1UBAbKEsj

As it turns out however, Tyler never got to use the easter egg because in a savage and heartbreaking move, his girlfriend left him before the game’s release. The worst part? She left him for his brother! According to a video from Tyler, this happened last month, where the now ex-girlfriend said that’s not even how she wanted the proposal to go. If that girl didn’t know how lucky she was to get her very own easter egg proposal in one of the biggest video games of 2018, then good riddance I say, Tyler dodged a bullet there. You can check out the video below where he explains the entire story.

What do you think about the situation? Are you applauding Insomniac Games for trying to make magic happen? Let us know your thoughts in the comments below and don’t forget to keep it locked for all things Spider-Man!