Some of Cinema’s Most Iconic Cars Come to Forza

Xbox and Playground Games have released a new trailer for the upcoming Forza Horizon 4 featuring the James Bond collection included in the Ultimate Edition.

The car pack will also be available to purchase separately at launch and will include 10 cars from the James Bond series:

A handful of them will feature “film-inspired gadgets” like revolving license plates or extendable bumper rams in Forzavista mode, and the Lotus Espirit S1 in particular will have a special body kit inspired by the “Wet Nellie” submarine from its respective film, The Spy Who Loved Me. 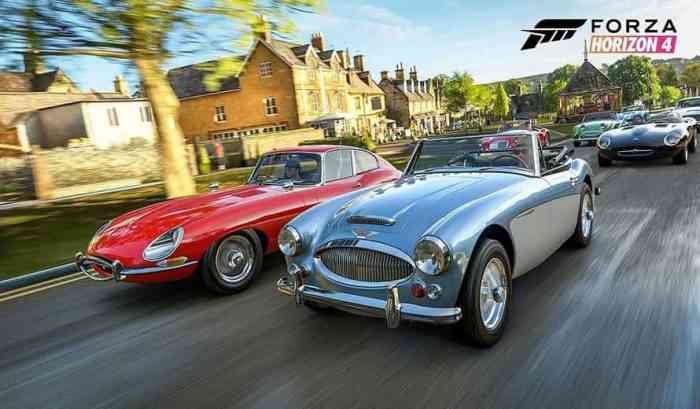 The pack also includes two Bond outfits for your customizable driver, and six exclusive “Quick Chat” phrases for players to spam in multiplayer.

A price has yet to be confirmed for those buying the pack seperately, but a demo was recently released for the upcoming title, and the car list was released earlier this month featuring over 400 cars. Forza Horizon 4 drops this coming October 2nd on Xbox One, PC and will be included as part of Game Pass. Let us know what you think in the comments and stay tuned to COGconnected for all the latest gaming news!