The Famous Demon Hunter Is Back

Dante got show off some more of his stylish fighting skills in a recent Devil May Cry 5 trailer that was shown for TGS 2018. The trailer also revealed the enigmatic “V”, who is also going to be a playable character.

If you watched the trailer posted above then you also probably noticed that classic DMC characters Trish & Lady are going to be in the upcoming game.

You would’ve also noticed that Dante was attacking demons with some sort of magical motorcycle weapon. According to Capcom, this new weapon is called “Cavaliere” and Dante can ride it while fighting enemies.

Additionally, Dante’s signature handguns, Ebony & Ivory, along with his two swords, Rebellion and Sparda, are making their return in DMC5. He’ll also be packing a shotgun called “Coyote-A” and “a combo of gauntlets and greaves ‘Balrog'”, Capcom explained. 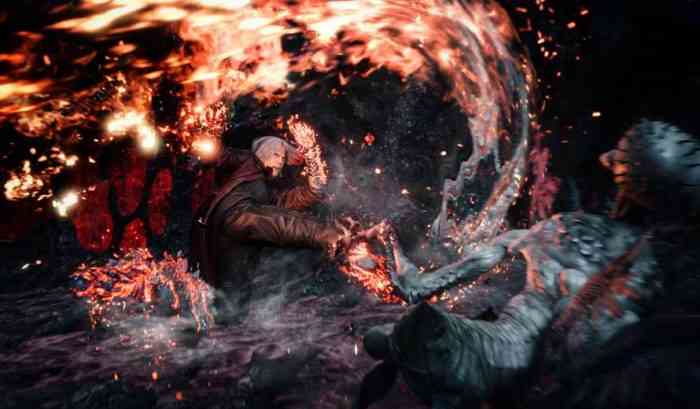 On a separate note, Capcom announced on Wednesday that DMC5 will have a Deluxe Edition that includes several new weapons for Nero (such as a so-called “Pasta Breaker” arm). Details on that can be read here.

What do you think of this new trailer? Let us know your thoughts & opinions in the comments section below!