Was There Ever Any Doubt?

Cervantes, a Soul Calibur series mainstay, was officially revealed to be in the upcoming Soul Calibur VI on Wednesday. Check out his reveal trailer below!

Soul Calibur fans will notice that Cervantes is looking a bit…ghostly? Well, according to Bandai Namco, this is because the fearsome pirate has gone back to being an immortal ghost.

“A pirate’s life can only be described as one long sailing adventure, filled with enough twists and turns to last multiple lifetimes,” their official press release read. “So, imagine the stories of adventure and swashbuckling Cervantes must have since he’s been sailing the seven seas as an immortal pirate since forever!” 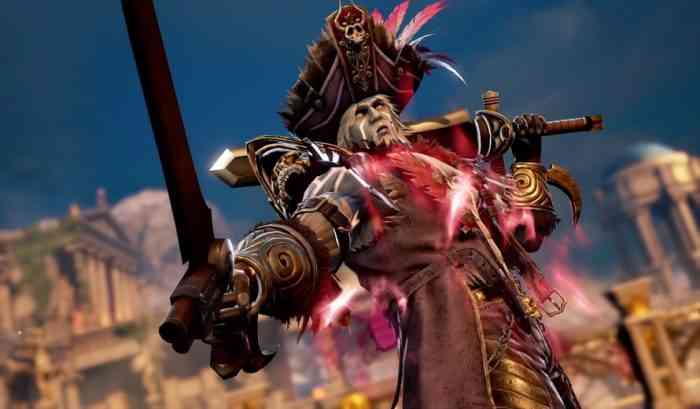 According to the press release, Cervantes dual-wields two swords: Acheron & Nirvana (which has a pistol in its hilt). Apparently, Cervantes is still after the Soul Edge, a mystical sword: “All this power is not without its drawbacks as Cervantes is cursed to pursue Soul Edge for eternity, drawn to the sword’s power, his life intertwined with the fate of the cursed blade.”

What did you think of that reveal trailer? Are you excited about the new Soul Calibur? Let us know your thoughts in the comments section below!

Soul Calibur VI is scheduled to come out on October 19th for the PC, PS4, and Xbox One.