The Sidescrolling Beat ‘Em Up Series Gets a New Entry

Streets of Rage 4 was officially announced on Monday with a snazzy reveal trailer that featured some old-school beat ’em up action! You can view the trailer below.

Notably, the sidescroller is being developed by three different studios: Lizardcube, Guard Crush Games, and Dotemu (who is also its publisher), according to the game’s official website.

Unfortunately, a release date hasn’t been given and the platforms it’ll be available on haven’t been announced yet. Also, a price hasn’t been listed on the official website either. 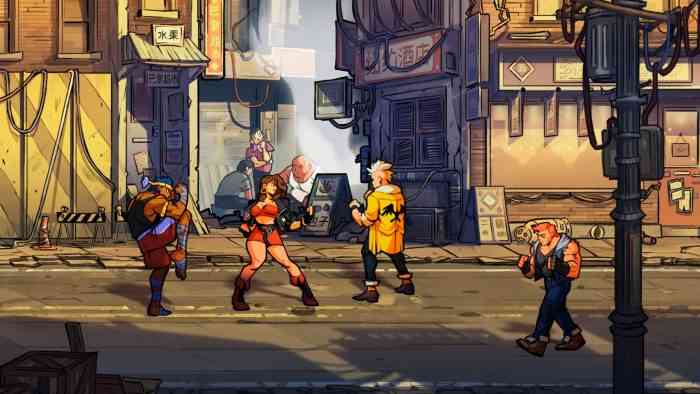 That said, it sounds like the developers plan to mix some things up with this upcoming Streets of Rage entry: “Featuring hand-drawn visuals from the team behind 2017’s gorgeous Wonder Boy: The Dragon’s Trap remake, Streets of Rage 4 builds upon the classic trilogy’s gameplay with new mechanics, a fresh story and a gauntlet of dangerous stages with a serious crime problem,” part of the game’s press release read. “Streets of Rage 4 recalls classic gameplay but it stands as an entirely original arcade-style romp thanks to the expertise of Guard Crush Games and Dotemu.”

What do you think about this reveal? Are you interested in playing an old-school sidescrolling beat ’em up or does this game seem too old-fashioned for you? Let us know your thoughts in the comments section below!

Sink Your Teeth Into This Werewolf: The Apocalypse – Earthblood Gameplay Video
Next
Sekiro: Shadows Die Twice Won’t Have Microtransactions
Previous
‘Xbox All Access’ Program Allows Gamers to Make Payments for Xbox One Consoles