Saints Row: The Third is Coming to Nintendo Switch Next Year

But No Saints Row IV or Gat Out of Hell

It’s been announced that Saints Row: The Third — yes, the third and NOT the fourth — is getting ported to the Switch sometime in 2019. 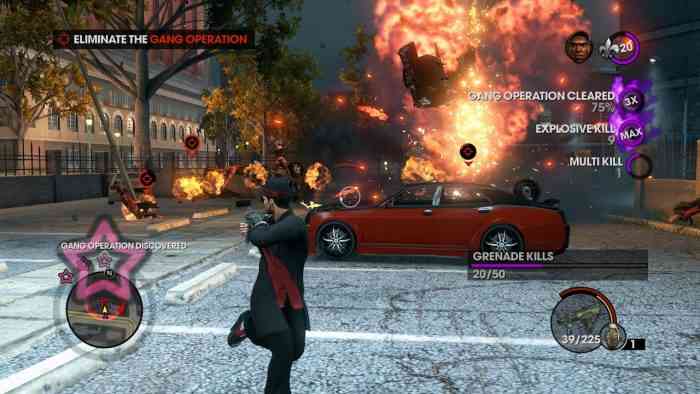 The port is being handled by Deep Silver Fishlabs but not much else is known at the moment. It seems a little bit strange that the dev team would bring over the third game and not the more recent Saints Row IV or Gat Out of Hell. On the other hand, Saints Row: The Third — which was released back in 2011 on the Xbox 360, PlayStation 3 and PC — is considered by many to be the best game in the series.

The announcement was made on Twitter from the Deep Silver UK account where it stated that more info about the port will be “revealed in due course” with the Gamescom hashtag. With Gamescom now underway, it may be possible we’ll hear more about the Switch version this week. If that is the case, you can best believe that COGconnected will have the latest updates.

We're happy to announce that @SaintsRow: The Third is coming to #NintendoSwitch! More info to be revealed in due course #gamescom pic.twitter.com/rvGyqEmANi

In the meantime, you can check out our original review for the Xbox 360 version here. Here’s a snippet of what we said:

“Saints Row: The Third is my first in-depth taste of the Saints Row franchise and I came away wanting more.  This ain’t no GTA I can tell you that, as Saints Row: The Third is the most crazy and insanely violent game I’ve played in years, perhaps ever, but it has a story to go with everything else and a very well implemented cooperative mode.  The game is a well-done piece business, with obvious detail and care oozing out of every sin-soaked pore.  It definitely deserves a play or two, as it is one wild ride that no gamer should neglect.”

What do you think of a Switch port? Leave us a comment down below.