The long awaited Persona Q sequel is finally on it’s way – to Japan – and Atlus has released a new trailer showing off the game’s release date – in Japan – as well as it’s price – in yen.

Persona Q2 will hit Japanese store shelves this November 29th for ¥6980 (~$60 USD, ~$80 CAD, for those looking to import), and will see a plethora of the series’ characters come together to fight…sooomething. While exploring Mementos, P5’s Phantom Thieves are transported to a mysterious new place with unfamiliar enemies. They escape into a strange movie theater, where they find two women named Nagi and Kikari. The movie theater which no longer has an exit attracts “people with the same power.”

The song in the trailer is called Road Less Taken by Lyn Inaizumi, who fans will recognize from P5’s music, and a rapper named Lotus Juice who provided music for P3, Q, and Dancing All Night. Nine songs from past games will be included in the Persona Q2 downloadable soundtrack, which will come with first run copies of the game, as well as a code for the songs to swap out the game’s battle theme. The featured songs include: 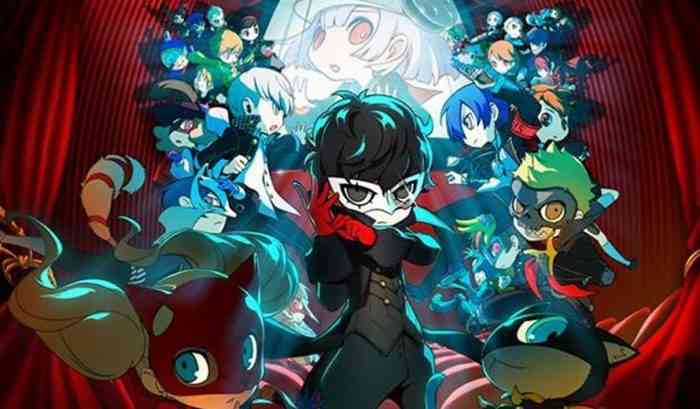 In the meantime, P4:Golden is available for the PS Vita, and P5 is available exclusively for PS4. Persona 3: Dancing in Moonlight and Persona 5: Dancing in Starlight will be making their way west early next year.

A western release has yet to be announced, but stay tuned to COGconnected, where we’ll be the first to let you know as soon as it’s announced.