While Fortnite fans have been hiring coaches to help take a couple strokes off their game, a new service has taken video game coaching to the next level with an AI service that offers crucial information and tips in real time for everyone’s favorite hero shooter, Overwatch. 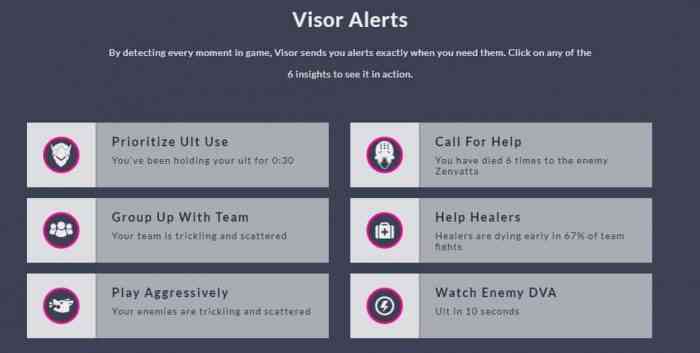 It analyzes every frame of a player’s game and checks over 150,000 points of data to optimally suggest the best strategies such as which enemy players are doing the most damage, or the best time to use your ult. The service begins to personalize information after only one match, and records the data so players can see their progress over time. 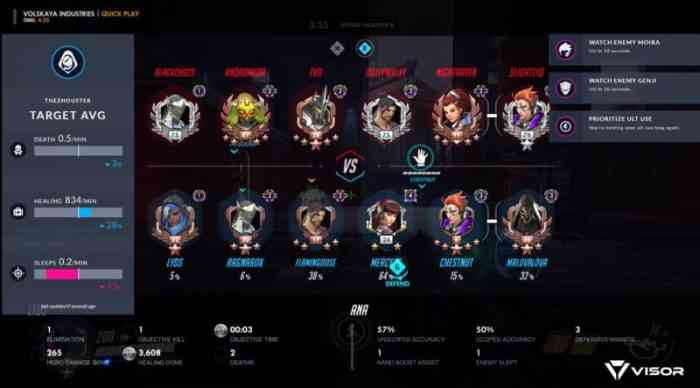 Visor – developed by a team of eight people – recently released in open beta, and has raised $4.7 million in financing, opening up the possibility of support for other games in the future. Speaking with Gamesbeat, CEO Ivan Zhou said that “it is for the everyday gamer. There isn’t an ideal gamer. It’s not aimed at becoming top 500. It is to create a real-time performance compared to yourself. We don’t think of Visor as a coach.”

The team also stated that because the service doesn’t interact with the game’s actual code – behaving more like screen recording software than anything else – it’s not considered cheating by Blizzard. Visor is currently only available on PC, but console players have been able to upload recordings of their gameplay and receive feedback based on their performance.

Overwatch is currently available for PC, PS4 and Xbox One, and is currently celebrating it’s third annual Summer Games event. Let us know what you think of Visor in the comments, and be sure to stay tuned to COGconnected for all the latest gaming news!