Bloodborne is a realm of Eldritch mystery and misleading nooks, as is its code apparently. Discovered by one modder, The Old Hunters DLC contains additional story content pertaining to Lady Maria, one of the most fascinating bosses. Warning: spoilers ahead. 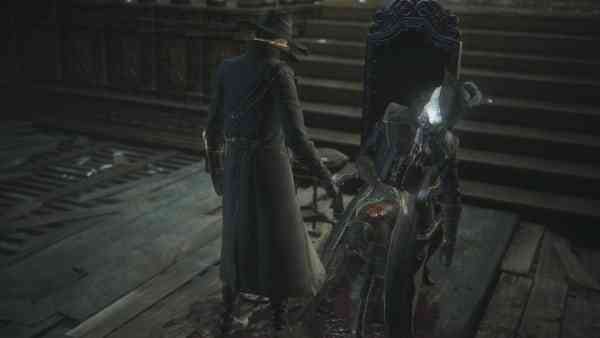 In digging through the game’s files, modder Lance McDonald discovered an event called “Clocktower Hunter Initialization.” There are three different world states and three states in which to find Lady Maria, represented by flags. Either Maria is Alive, the player has killed Maria or Simon has killed Maria. But according to McDonald, the state is already chosen for the player character.

The final product entails a dead Maria, a course in which Simon has killed her before the player ever meets her. However, if a different world state were chosen, the player could share words with the Lady of the Astral Clocktower. Similar to the Queen of Cainhurst; she would function like many of the mysterious NPCs, offering unique items and lore information. There’s even a case, McDonald explains, where she wards off the clock tower and forces the player to pursue an alternate path before passing. Afterward, you can enter and initiate the boss fight.

FromSoftware’s removal of Lady Maria’s story content is a bit of a head-scratcher, but the mind of Miyazaki has always been a mystery. The same is true of Simon, the stranger that follows and frequently precedes the player character in The Older Hunters DLC. He’s essentially the voice of the DLC, providing commentary on the Nightmare, its backstory, and knowledge of the bosses you’ll encounter. And yet, the cut content had him playing a more crucial role.

What are your thoughts on this Bloodborne revelation? Comment down below.

P.S. When you listen to Lady Maria’s dialogue at length, its likeness to the Doll in the Hunter’s Dream are transparent.