Luigi’s Memory Lives On in His Greatest Solo Adventure

Mario’s recently deceased younger brother Luigi is bringing his first ghost-hunting adventure to the 3DS in time for the spookiest day of the year!

Back on his feet, Luigi hopes his next trip to a haunted house turns out better when #LuigisMansion comes to  #3DS on 19/10 – just in time for Halloween! ???? pic.twitter.com/tukLgbe1Fr

The original Luigi’s Mansion will come to 3DS on October 12th with a new Gallery battle mode where players can take on previously defeated bosses and will retail for $40 USD. The port is being handled by Grezzo, the team behind the 3DS remakes of N64’s Majora’s Mask and Ocarina of Time, as well as contributing to Triforce Heroes.

If you didn’t get a chance to check out the original Luigi’s Mansion this is a great excuse to do so, as it was one of the Gamecube’s strongest titles and still fetches a high price from time to time on the secondhand market. A sequel, Dark Moon, came to the 3DS as well back in 2013, which was also really good. 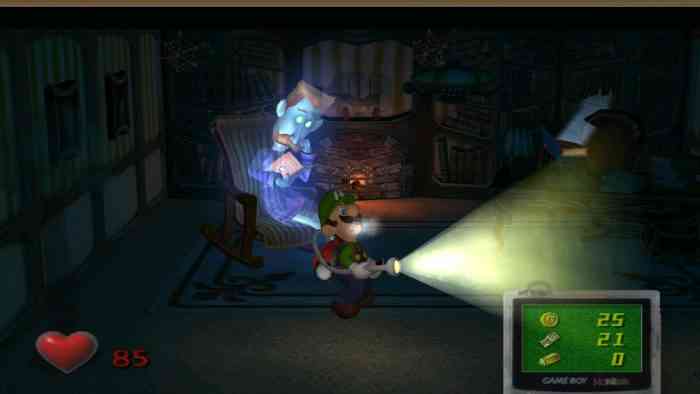 Incidentally, Luigi died fighting ghosts in the recent reveal trailer for the Castlevania characters coming to Super Smash Bros Ultimate, in which he becomes that which he sought to destroy. Let us know what you think in the comments below, and stay tuned to COGconnected for all the latest gaming news!

These Console Deals Might Just Be Bigger Than the Super Bowl

Modder Made a GameCube Controller for Nintendo Switch
Next
The Full Version of PUBG Launches on Xbox One in September
Previous
Mutant Year Zero: Road to Eden Targets December Release Date