Subnautica Coming to PS4 This Year, Probably Won’t Have PSVR

Unknown Worlds announced in a blog post the other day that Subnautica will be coming to PlayStation 4 this year, but never touched on the implementation of PSVR (PlayStation Virtual Reality). Now, another blog post confirms that it ‘probably’ won’t have any kind of virtual reality. 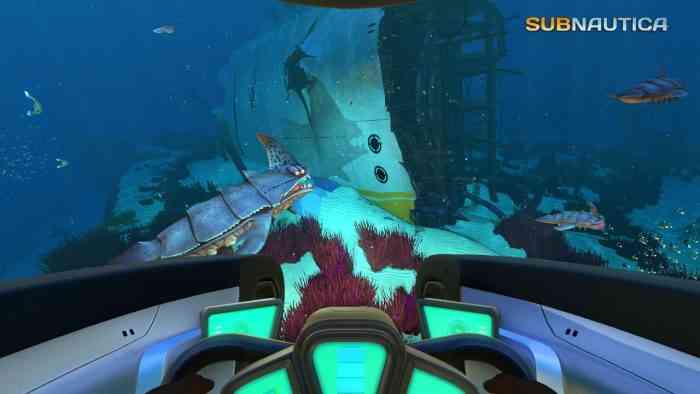 Ever since Subnautica’s release on Steam Unknown Worlds has “received constant requests” for them to release it on the PS4, with the game currently sitting at 94% positive reviews on Steam.

Well it seems that Unknown Worlds can finally give PS4 fans what they want. With the help of Panic Button, who are also helping port Warframe over to the Switch, Subnautica will be coming to PS4 some time this year.

However, the PS4 port will not be coming with a PSVR feature. Unknown Worlds put in a more recent blog post that Subnautica will probably not be getting a PSVR mode, despite the Steam version having its own VR mode. That isn’t to say Unknown Worlds are completely ruling it out, though.

Saying in the blog post that they “…haven’t made any decisions about PSVR. However, the performance challenges of stuffing Subnautica onto console are already daunting. In this context, ‘performance’ means how fast the game runs, or how many ‘Frames Per Second’ (FPS) we can achieve.

“High frame rates are crucial for VR. We are already battling hard achieve stable, consistent FPS above 30 on consoles, and VR requires 60+. Perhaps in the future, once we have achieved strong performance on PS4, we could revisit the question. But for now, it’s safe to assume PSVR is not on the horizon.”

Charlie Cleveland, founder and Director of Unknown Worlds, gave a bit more confirmation of this decision over Twitter

Claire! Still working on it but I highly doubt it. Perf is hard enough non-VR.

Are you excited for Subnautica’s release on PS4? Let us know!


A New Subnautica Game Is in the Works

Subnautica: Below Zero Review – Not A Moment To Lose

Subnautica: Below Zero Leaving Early Access Next Month
Next
Overwatch Toxicity Is Down Thanks to the Endorsement System
Previous
The Badass PS4 Platinum Wireless Headset Gets Price Drop