It’s just days until Square Enix’s Octopath Traveler is released, and the Wayfarer’s Edition is selling out fast. Our recent interview with producer Masashi Takahashi and Acquire director Keisuke Miyauchi touched on the game’s unique blend of 16-bit sprites and three-dimensional environments, and another recent translated interview with the two continues to explore its roots in early Final Fantasy games and JRPGs. 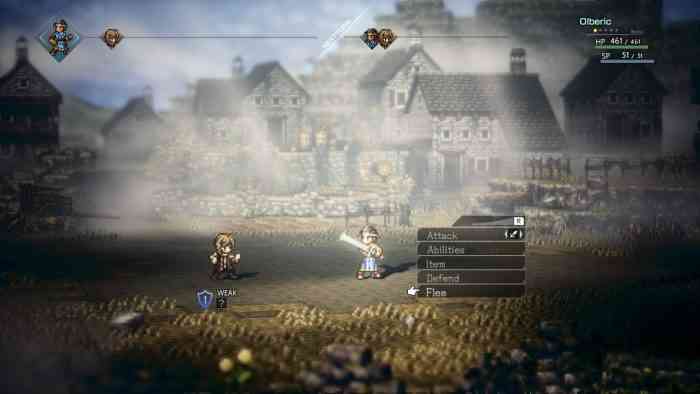 “Nishiki-San and I are 33 years old,” Takahashi-San said. “We grew up with J-RPG SNES, with the gameplay of the time and pixel art. When I got back to Square Enix, that’s what I wanted to do, but I was told straight away that it was much easier to make textured titles. I had to prove myself, and after years of work I was able to do what I wanted.”

“When it comes to music, I grew up with games like Final Fantasy and the SaGa series,” Nishiki-San added. “We find this kind of influence in Octopath Traveler.”

“We are aiming for an audience that suits us, people in their thirties and forties who want the sensations of the great era of J-RPG,” Takahashi-san said. “When we know the gaming habits of these players there, the Switch was the best platform for us. Playing in bed for 1 hour before going to bed, for example, it’s easier with a switch.”

Octopath Traveler is set for a July 14 release on the Nintendo Switch. Here’s to hoping it lives up to its high expectations.