If you’ve been waiting and wishing, on edge with anticipation, for another look at Darksiders III, your dreams have just come true. Yes, you read that right, there is some good ol’ gameplay footage for Darksiders III and it’s brand new, featuring an epic boss battle. 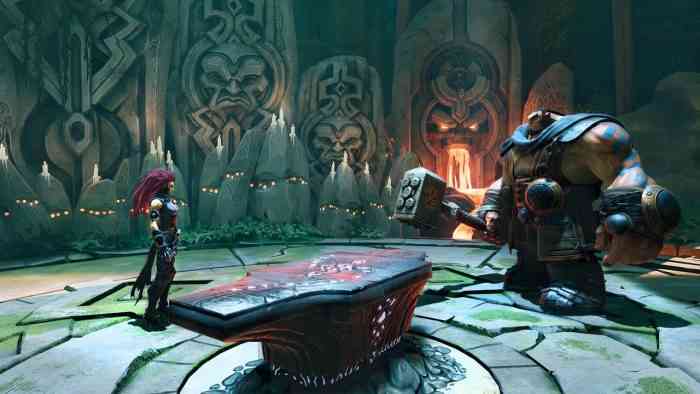 THQ Nordic has just released over two minutes of brand new gameplay footage, thanks IGN, for you to watch again and again. The new gameplay shows off everyone’s favorite protagonist, Fury, taking on one of the sin-themed bosses of the latest game: Wrath. And if you’re a fan of the series you’ll know this isn’t just any boss fight, this is one for the history books, less to do with cinematic action and everything to do with pure awesome action. One thing’s for sure, they’ve both got some moves. You can check out the gameplay below.

And if you aren’t sure what to expect from Darksiders III, you can check out the description straight from the website. This hack n’ slash action RPG retells the tale of the Four Horsemen of the Apocalypse.“Earth is now overrun by the Seven Deadly Sins and the mystical creatures and degenerated beings that serve them. The Charred Council calls upon Fury to battle from the heights of heaven down through the depths of hell in a quest to restore the balance and prove that she is the most powerful of the Horsemen.”

Darksiders III is set to release on November 27th for the PS4, Xbox One, and PC. What do you think about the game in action? Are you excited to get in on some crazy boss battles yourself? Let us know your thoughts in the comments below and don’t forget to keep it locked for updates!