This Resident Evil 2 Is a Completely New Game

Capcom shared some new notes about the development of the Resident Evil 2 remake, alongside the reveal of an all-new Collector’s Edition for fans to pick up. Some of the insights they shared dealt with the re-establishing of classic characters but also building a world from the ground up. 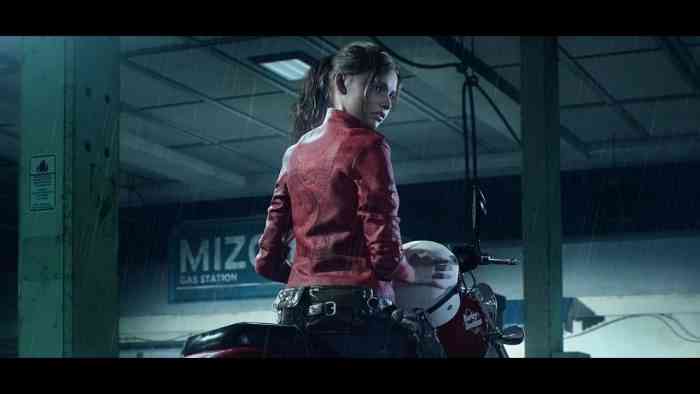 It is through @ateliermatangi over on Twitter that we received these new remake details. Starting with Leo, the team wanted to highlight the rookie aspects of his career. He’s a little green before he becomes the self-made veteran in Resident Evil 4. In developing him, Capcom found a look that meshed with the real world. They did the same for character Claire, who you might notice has changed her look. According to one dev, “ultimately we had to ditch the hot pants.” Also, we learned that both Leon and Claire were designed from the ground up, their bodies and outfits photogrammed into the game. They actually created the outfits then scanned them for authenticity, going so far as to scan the Harley motorcycle on which Claire rides. In this game, she is defined as a “biker ninja.”

Additionally, Capcom devs lauded the capabilities of their updated Engine, the same one utilized for Resident Evil 7 and Devil May Cry 5. In particular, they highlighted “wetness and darkness,” the game’s photorealistic environment. They emphasized that Resident Evil 2 is more than just a remake; it’s a new game built from the ground up. Despite a long-held desire to making this project happen, there were a few hitches here and there. It wasn’t until three years ago that the studio’s development began in earnest. And while we know the engine did a good job of capturing Leon and Claire, Capcom claims the zombies have become main characters too. Enemies are a legitimate threat to players, more than just targets, so expect them to be deadly and incredibly well rendered. 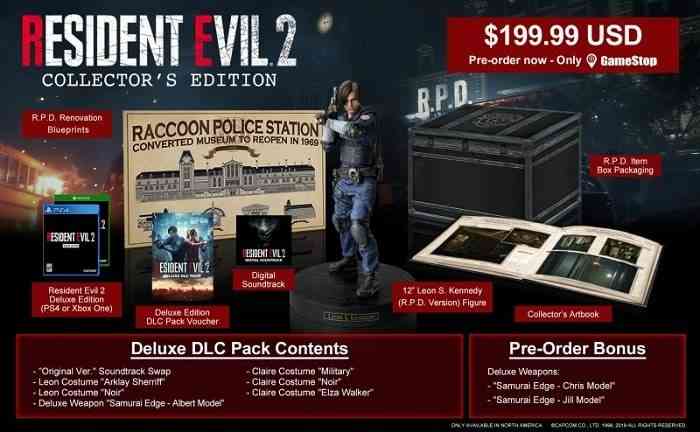 Alongside the details of this reimagined, beloved world, Capcom brought news of the Resident Evil 2 Collector’s Edition. Available exclusively for pre-order at GameStop, this premium package comes with in-game outfits, an artbook, a statue of Leon Kennedy, and the original soundtrack. Does this sound like a collection worth picking up? Comment down below your thoughts.

Resident Evil Village: Winter’s Expansion Review – A Short Scare
Next
Brand New Gameplay for Darksiders III Has Just Dropped and It’s an Epic Boss Fight
Previous
Treyarch Shares Their Take on Black Ops 4 Zombies and “It’s All About the Risk”