Fortnite Getting a Drum Gun Soon

Weapon Teased After Crack in The Sky Yesterday

Fortnite players present fro yesterday’s event got to witness a massive crack opening up in the sky, one that apparently tore a pretty meaty hole in time and/or space. While there’s been no end of speculation regarding the rocket launch and the resulting hole, it seems like we might be getting some weapons and items from previous eras. Case in point, a listing has appeared for a ‘Drum Gun.’ 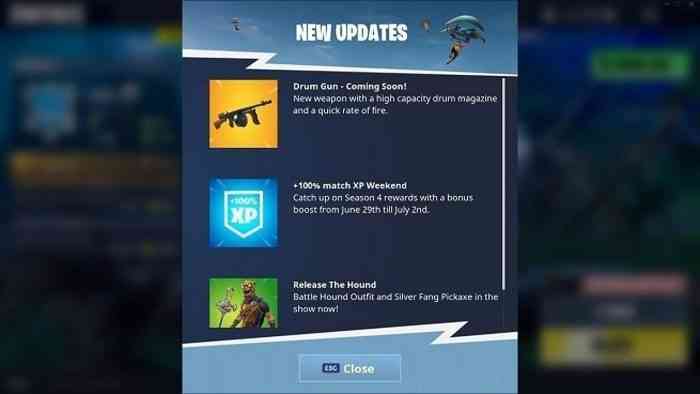 Known otherwise as a Tommy Gun, this appears to be an assault rifle rather than an SMG. More specifically, this gun would be a little more at home in Prohibition-era settings. The fact that it’s soon showing up in Fortnite suggests this hole in the sky is going to lead to some especially wacky nonsense in the very near future. The full listing for the Drum Gun (courtesy of Storm Shield) appears below. Hopefully we see this weapon fully released very soon, along with a bevvy of insane weapons from all across time and space.


Lara Croft Might Be Next Seen in a Fortnite Crossover

Predator Will Be Hunting in Fortnite – One Ugly Motherf-