House Party Creator Has Some Things To Say

Eek! Games lewd adventure game ‘House Party‘ has been doing quite well lately. The game that is like a mix of Leisure Suit Larry and Monkey Island has sold over 300,000 copies in its first year. Not bad for game hardly anyone knows about. The creator of the game, Bobby, recently wrote a blog post celebrating the game’s success and he also took the time to send a little note to all the “supporters” and “haters”. And let’s just say, he didn’t hold back.

It’s me, Bobby. I don’t make too many posts to the dev blog these days as I’m super busy with working on the game and managing the company, but I just wanted to make this post myself to announce that House Party, in its first year, has sold over 300,000 copies! On top of that, the game has held a “Very Positive” review rating on Steam throughout the entire year. I am so thankful that my silly little idea has brought such laughter and entertainment to so many people.”

In his blog, which you can read here, he discusses when he started House Party and how he wanted to start something that had never been done before. He further writes how some YouTubers and streamers helped put his game on the map. He also discussed the Steam removal incident and how he eventually hired a team to help him optimize the game. 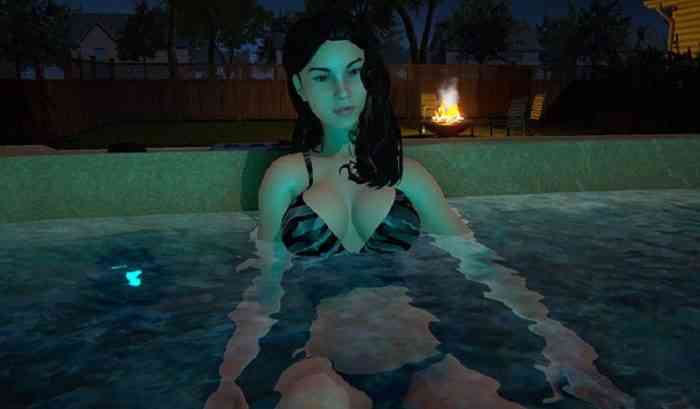 In his blog, he thanks all his supporters but also doesn’t hold back with his “haters”:

“To all the Haters:

Of course, no success can be had without hate. And boy, oh boy do we have haters. There have been a lot of people who have attacked the game over the course of the last year, called for its removal from Steam, called for it to be banned, and have made assumptions and said hateful things about the game and about me for developing it. It blows my mind the double-standard we have where so many television shows, ripe with sex and in a lot of cases, much more adult-themed nature air on television unchecked, but my game, just because it’s a video game, and involves cartoons having sex, received such controversy. We also have SO many games already with gratuitous violence and mass-murder, but I showed a penis, so clearly I’m out of my mind.

The game has also been called misogynistic, and so in turn, I must be misogynistic (despite the game containing gay scenes and both women and men in empowering positions as well as submissive). Some of the people saying these things call themselves “journalists” and “critics”, and it amazes me that they can hold such titles while at the same time being so one-sided, closed-minded and oblivious. This game is first and foremost, a comedy.

Every scenario in the game is meant to be funny and absurd, and also lead to some type of debauchery. Why shouldn’t we have a game that simulates walking into a group of people you just met and exposing yourself or acting like a complete ass? We make that the player’s choice in House Party, and allow the player to see the consequences that come from being that guy, or by taking the nice guy route.

That’s what fiction is about. It’s meant to be offensive sometimes, and portray fantasy scenarios that nobody would ever repeat or mimic in reality. The very last way that this game should be taken, is seriously. Maybe I’m just taking it for granted, because it comes so naturally for me, to separate reality from fiction, that this should be obvious… or maybe I just expect too much.

Mind you, I can take a bad review, and you can tell me my game is unfunny, badly written, badly programmed, badly optimized, and whatever else, all day long. I can respect a review like that, and I even agree, as I mentioned earlier, that I have a lot more work to do on this title.

There have been many positive reviews of the game also, and some negative reviews that were totally fair. However, I have to question the mindset of somebody when they make blanket judgement and assumptions about me, my team, and the 300,000+ people who purchased my game, a work of fiction intended as comedy.

I don’t really even need to defend myself from a statement like that because it comes off so arrogant and “holier than thou”. Honestly, I should probably thank these people for giving the game any attention whatsoever, because their coverage contributed to the game’s success, but at the same time I know that these people meant for the opposite to happen and wanted this game to fail, but failed to understand that not everybody thinks like they do, and so the reverse happened, and the game became a success despite their best efforts.

Look guys, I just like to make funny games, and I will continue to make games based around what I think is funny. I’m not making any political statements, or exposing recesses of my depraved psyche. I’m just having fun writing a game about being trapped in a house with a bunch of psychopaths in absurd situations and all the while trying to score. That’s funny to me, and that’s as deep as it goes, sorry. If you can’t handle that, that’s on you. Unfortunately for you however, thanks to the success of our Early Access launch, you’ll be seeing a lot more from Eek! Games in the near future! Cheers! – Bobby, Eek! Games”

Clearly, Bobby needed to get some things off his chest. Have you played the game yet? Tell us what you think in the comments below.