Shortly prior to Xbox’s press conference this afternoon, marketing manager Aaron Greenberg took to Twitter to announce that this year’s Xbox FanFest will be dedicated to the late video game superfan Matt, known in the community as Xbox addict. Matt, a retired marine with a huge passion for gaming, passed away this past April after he was found critically ill in his home, and rushed to the hospital.

This year we are going to tribute #XboxFanfest to @Xbox_Addictt & team made 50 of these special controllers and an official @Xbox @e3 pin to honor him. #RIPMatt #GoneNotForgotten #BleedGreen pic.twitter.com/TxI3PJfibF

Shortly after, Aaron also announced that anyone who donates $70 USD to Gamers Outreach, a non-profit that provides equipment, technology and software to help children cope with treatment in hospitals, would also receive an XboxAddict controller. Microsoft recently announced that all proceeds from this year’s FanFest would be going towards Gamers Outreach to build special edition GO (for Gamer’s Outreach) karts featuring photos of all the event’s attendees to “ensure that all of the patients who use these karts know that they’re not alone during their fight.”

The first 50 people to donate at least $70 will receive an @Xbox_Addictt @Xbox controller and help us bring a @GamersOutreach Go Kart to his hometown! https://t.co/1gLgSDRG4E pic.twitter.com/OUHTytZWfl

There’s also a GoFundMe up to cover any final expenses for Matt’s family.

This isn’t the first time Microsoft has made a tribute to Matt. Rare included an easter egg dedicated to him in this year’s Sea of Thieves. 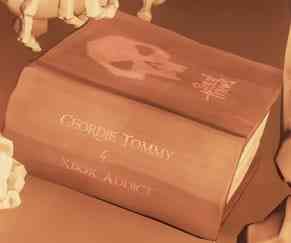 Will you be donating to Gamer’s Outreach, or attending this year’s Xbox FanFest? Let us know in the comments below, and please share any fond memories of Matt you have with. Also, tell your friends you love them. Stay tuned to COGconnected for our coverage of E3 including the recent Just Cause 4 and Assassin’s Creed Odyssey leaks.