At long last, the once prodigal racer has returned.

Following a 15 year hiatus, the once premiere off-roading simulation series is back in V-Rally 4 from Kylotonn Racing Games. I went hands-on at E3 2018 and walked away with a positive impression.

V-Rally 4 features 5 off-road racing types on tracks spanning the globe. Rally pits you against the most difficult tracks in brutal conditions, V-Rally Cross features 8-player showdowns on both dirt and asphalt tracks, while Hillclimb challenges you to scale colossal mountains in powerful vehicles. If you fancy drifting, precision, and speed, finesse your way through roads rife with hazards in Extreme-Khana or overcome harsh courses with unique physics in Buggy.

In each category, over 50 vehicles are blazing the tracks. I had a chance to get behind the wheel of a few at E3 and embarrass myself in front of a developer. I don’t often participate in racers, and that fact was abundantly clear as I flipped my ride in Kenya and plunged into the depths of the Grand Canyon and beyond. Thankfully, the environments I contributed to destroying with my weapon on wheels are astoundingly beautiful. There are over 16 environments spread across every continent featuring authentic networks of roads that have been painstakingly brought to life. 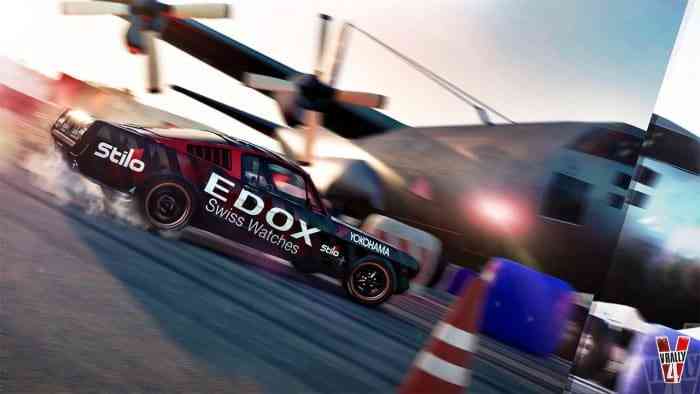 You can also fulfill your off-road fantasy career in a single-player adventure when choosing your staff and sponsors as you race to champion status. While you’re at it, you can compare your skills to players around the world and participate in extraordinary challenges offering substantial awards when you sign in online.

With a rich history of their work on the WRC series and TT Isle of Man, KT Racing continues to shine in V-Rally 4. A few notable racing series have risen in the stillness of the V-Rally’s absence, but I believe the game offers much for players seeking a grounded, challenging simulation experience. V-Rally 4 is coming to PS4, Xbox One, and PC this September, and Nintendo Switch at a later date.

Sonic Colors: Ultimate is Looking Better Than Ever