“Perhaps we just didn’t like the sound of ‘Scrolls’

Minecraft creator Mojang has decided to re-release its online collectable card game, Scrolls, under a different name. It will now be known as Caller’s Bane and it’s now a free-to-play game. 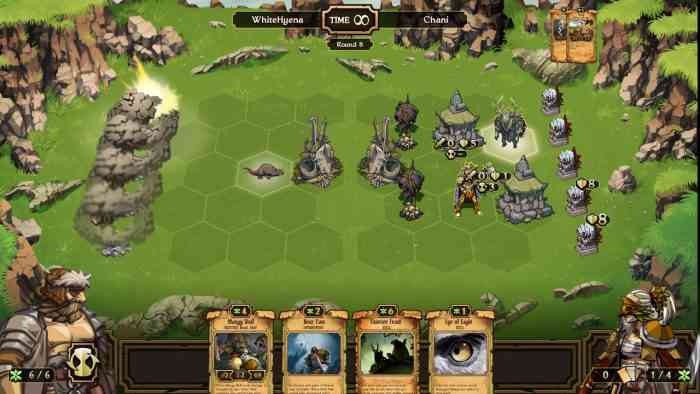 It’s been a while since we’ve received heard anything about the game, which makes sense since development ceased back in 2015. A new post from Mojang didn’t exactly provide an explanation for the name change other than them mentioning that “Perhaps we just didn’t like the sound of ‘Scrolls.’ They also reassure that it’s still “the same game you’ve known and loved.”

The blog post happily explains the decision for Caller’s Bane to go free-to-play:

“It’s time! We’re releasing the game for free, for anyone to enjoy,” wrote Mans from Mojang. “The team’s been working towards this behind the scenes for a long time now. I’m thrilled we’re finally here! To those of you who’ve waited patiently for this, thanks. You’re the best. <3”

Caller’s Bane can be downloaded via its new official website, which also explains how players can set up their own servers. Players can also re-balance the game, change rules, create new trials, and more.

Will you be trying out Caller’s Bane? Let us know in the comments below.


Players Can Be Perma Banned By Minecraft Moderators

Apex Legends’ Season 7 Battle Pass Quickly Fixed
Next
Microsoft Is No Longer Working On VR for Xbox One
Previous
Valve Bans Trading From CS:GO and DOTA 2 in Response to Loot Box Controversy