Environmental Destruction Has Never Been This Literal

After multiple leaks including an early Steam listing and a series of screenshots leaking over the past 24 hours, Just Cause 4 was officially announced during Microsoft’s E3 briefing today in LA.

The game will take place in Solis, a fictional country set in South America, and as we assumed from said leaked screenshots, will see the environment itself fighting back with deadly tornados, blizzards, sandstorms, and lightning storms getting in on the action. As Rico, the player will drive an armored vehicle aptly named the Stormchaser (apparently the only vehicle in the game safe from the storm’s destruction), and go after nature itself as it rips up the land around it. 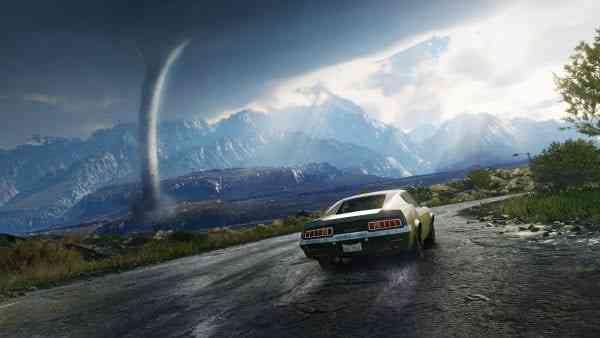 The game also sees adjustments to the series’ signature grappling hook in the form of mods such as an electrically explosive Pulse mod, a retractor that lets you attach two things together via wire before slamming them into each other, and an Air Lifter that works similar to Metal Gear Solid’s Fulton Recovery system, attaching balloons to vehicles and enemies alike and firing them into the air. Once airborne, the object in question can be messed with just like anything else in Just Cause’s over-the-top action movie world. 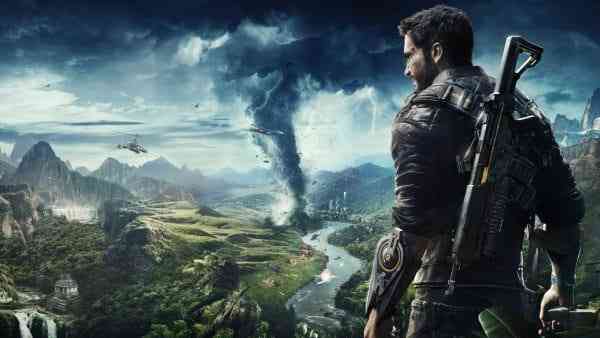 In regards to plot, Rico will once again be taking on the Black Hand mercenary faction and their leader Gabriella, and seems to have really put a lot of extra work into the cinematic presentation of the installment’s storyline.

Are you excited about Just Cause 4? Let us know in the comments! And be sure to check out our latest E3 coverage including the new trailers for Crackdown 3, and the Shadow of the Tomb Raider!